This film is tied together by four tired soap opera tales that are competently crafted but predictable. They are heart-rendering tales of love turned sour. Instead of being set in 1940s Egypt this for the most part faithful adaptation of Nobel Prize-winning Naguib Mahfouz’s novel is set in a modern Mexican city, on a street called Midaq Alley. It is roughly divided into four-40 minute segments, each with a title flashed on the screen to indicate the start of the new story. The four segments, in which three of them are introduced by a game of dominoes being played in a bar, are entitled: Rutilio, Alma, Susanita, and The Return (Chava and Abel return from the States). Each segment takes the view of the titled character. It is hard to believe that this film won more awards than any other Mexican film ever has! It makes you wonder about the quality of the Mexico film that didn’t win an award.

In the first story Mr. Ru is a macho man and hardworker, grimacing at life as he sees its dark side from working in the bar that he owns on Midaq Alley. His only son Chava is called lazybones, as he wishes only to leave Mexico and live in the States and get rich quickly. Chava’s best friend is the young barber Abel who dreams of some day owning his own beauty parlor and marrying the beautiful Alma, a neighborhood young girl he has known all his life. The two friends are ridiculed by Mr. Ru for always hanging around together and for acting like queers. This in-fighting between father and son delights his regular customers, the domino players.

After a night of forced lovemaking to celebrate with his wife Eusebia their thirtieth wedding anniversary, Ru decides to become queer. It happens just like that! The next day he’s a queer and goes into a department store and buys socks, in the process picking up the reserved young sales clerk Jimy. Their gay union upsets Chava, who in a fit of rage cracks open Jimy’s skull and then talks Abel into running away with him to Tijuana and eventually to the States. Mr. Ru tells his wife I was going to leave him the bar and provide for him in every way, but he disappointed me. This segment ends with Ru weeping that he lost his only son.

The second segment, the most bearable one of the four mainly because Salma Hayek as Alma is a real knockout. Her story of being poor and looking for someone to take care of her, is filled with all the clichés befitting the telling of a story about a young virgin and of her failure to find love. It is the usual soap opera tear-jerker seen on American TV. She is impatient for the barber to make love to her and open his own shop and marry her, but when he suddenly leaves with Chava all that goes out the window. She is confused and disappointed by his action and she is ashamed with herself why they never had sex to bond their relationship. Soon, after he is gone, an elderly shopkeeper, Mr. Fidel, comes onto her with her mother’s permission, and she accepts his proposal for marriage. But, at Mr. Ru’s bar, he has a fatal heart attack just before the wedding while playing dominoes.

Alma, meanwhile, has been pursued in the street by a handsome rich man named Jose Luis, who tracks her down by tempting her with his wealth, good looks and self-confidence. He turns out to be a cocaine-sniffing pimp, who turns her into a high-class whore. She runs away from home and lives in his whorehouse, where he dominates her life. Her impatience to wait for the right man ruins her life.

The third story is about a buck-toothed, middle-aged spinster, Susanita, who is the landlord where Alma and her mother Cata dwell. Susanita is desperate to meet a man before she gets too old, and is happy when she has her fortune read in the cards by Cata and is told that the cards say a man of passion will come into her life. At first she thinks that man is Chava, but he only came to her on the night of his flight away from here in order to get money. But he did arouse her sexual curiosity. She then lures the 26-year-old sneak-thief waiter in Mr. Ru’s bar, Guicho, to marry her. He steals from her, as he still does from Mr. Ru. When she catches him in the act and asks him to leave, he begs her to not kick him out. She keeps this untrustworthy thief as her husband because she’s lonely.

The final episode is about the return of the two young men, Chava and Abel, who went to the States to make their fortune. Chava returns, after being away for two years, with a wife and a baby son. He has split from Abel after a disagreement in the States and is surprised when Abel soon shows up, courting Alma at her apartment door. For Chava, it is tough going because his father is still angry with him and his marriage is not a happy one and his economic prospects are dim. For Abel it is a bitterly disappointing time; he returns home broke without any economic prospects and he has found out that the virgin he once loved, is now a whore and a drug addict. He goes to the whorehouse and confronts Alma, but she can’t leave. He then comes back and slashes her pimp with a razor before he is fatally knifed in the stomach by the pimp.

On the plus side, the stories are intricately woven together so that they make sense. There is much humor in the telling of the stories and the acting is decent. Otherwise, this plays mostly as glorified soap opera, with few surprises. 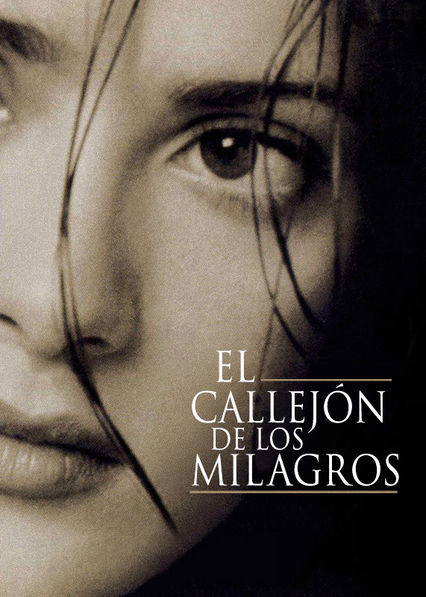