MESSAGE TO LOVE: THE ISLE OF WIGHT FESTIVAL

What a concert! An artistic success–but a financial and spiritual failure. Consider who was at this 5-day summer tribal gathering at the Isle of Wight from this list of performers and judge for yourself if it was worth the price of admission: The Doors, Donovan, The Moody Blues, Leonard Cohen, Kris Kristofferson, Joni Mitchell, Miles Davis, Emerson Lake and Palmer, John Sebastien, Tiny Tim, Jimi Hendrix, Joan Baez, Free, Taste, Ten Years After, Jethro Tull and The Who.

600,000 rock fans, in 1970, voyaged by boat to the remote Isle of Wight off the southern coast of England and were ready to see the last great “rock” music festival of this millennium. The problem the promoters had was that only 50,000 people paid the three pounds (approximately $7.50 in American money) required to see the concert, the others crashed the double corrugated-iron fences even with the local police holding guard dogs to prevent the non-paying crowd from gate-crashing. The scene was an utter mess. Bad vibes prevailed as many of the stoned hippies were claiming that this was turning out to be merely a commercial venture and refused to pay, saying the concert should be free. They set up a tent city on a slope overlooking the site, calling it desolation row (a Bob Dylan record plays that song as the the credits for the film rolls on).

The artists refused to perform without getting paid first, leaving a bad taste in the mouth of the audience. Tiny Tim went out and sang a lame “There’ll Always Be An England,” but only after insisting he gets paid first. Jimi Hendrix was too stoned to adequately perform “Foxy Lady.” Kris Kristofferson got into a snit as ‘desolation row’ pounded on the metal fences and walked off stage before he could finish “Me and Bobby McGee.” A bloated Jim Morrison of The Doors seemed musically flat and along with Hendrix, performed their last stage concerts ever. An intruder rushes the stage during Joni Mitchell’s “Woodstock” number and rattles her so much that her voice is quivering, as she attempts to talk to the crowd like a substitute teacher would to an unruly class. Joan Baez, looking out-of-place with this generation of hippies, tells the interviewer she cannot be forced into giving a free concert by the crowd. The obnoxious announcer, Rikki Farr, goes so far as to calling the crowd “pigs,” wavering back and forth between cajoling and chiding them, with neither strategy doing anything but creating more bad feelings. The promoters were amateurs not knowing how to control the crowd or financially run a concert and, to the bargain, were sending off a contradictory message of love and hate. And, this for a concert that was supposed to manifest “love” and “peace.”

The crowd shots showed rampant hashish smoke and psychedelic drugs being ingested, nudity, and the potential for a riot as talk among the concert goers that this was a just a “money” thing. The feelings of ‘flower power’ or another Woodstock, which was only one year earlier, seemed like ancient history. One of the outlandish comments from a stoned concert goer was: “This is a psychedelic concentration camp.”

The director of this film had to wait 25 years after the concert to release the movie, as the promoters went belly-up. What is surprisingly good is the sound quality of the film and the high quality of the music. This film was no Woodstock, but it had a charm of its own and is certainly worth seeing not only for the music but for the history of the period.

Hostile reactions to the concert are heard from the local police who seem to detest the crowd and from a character who says he is a retired commodore in British intelligence. He proves that he probably was that, as he babbles foolishly on saying that he hates to see “the youth of the country wasting away and thatbehind the hippie movement is Black Power and behind them the communists.”

The following are some of the things that went right with the concert: Emerson, Lake, and Palmer put on a glorious fireworks display onstage (even if the stage nearly burned down), as they were really into it as they performed “Pictures at an Exhibition.” John Sebastien had the hippie drug culture mood down pat, as he related well to the crowd, singing “Red Eye Express.” The Moody Blues sang a great rendition of “White Satin.” Leonard Cohen was his usual sardonic and sobering poetic self, as he sang “Suzanne.” All this in a concert that signaled the end of an era and the dark Nixon days that lie ahead, with the Vietnam War continuing and the mood of the youthful generations of both Great Britain and America, becoming even more polarized from the mainstream and those who were pro-war. 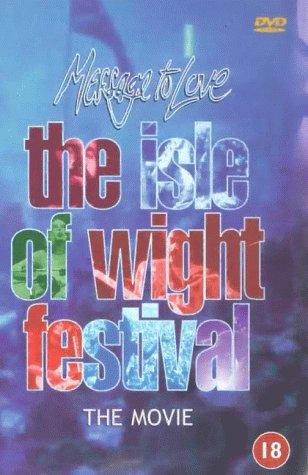