Ernst Lubitsch’s musical comedy is based on the 1905 operetta by Franz Lehar; there are some new added lyrics by Lorenz Hart. The original version is the 1925 silent directed by Erich Von Stroheim; there’s also the 1952 version starring Fernando Lamas. Cedric Gibbons provides the lavish sets; Adrian the elegant costumes, especially noteworthy is the widow’s black gown and veil. It benefits from the so-called “Lubitsch touch,” where mockery and celebration seem to go hand in hand. Lubitsch popularizes the operetta form as a cross between Hollywood kitsch and Americana bourgeois entertainment. Some arias sparkle, some are humdrum. The chemistry between stars Maurice Chevalier and Jeanette MacDonald seems as tasty as a French pastry.

The plot revolves around the poor kingdom of Marshovia in Central Europe, in 1885. It’s faced with a financial crisis when the bored widow Sonia (Jeanette MacDonald) leaves for Paris and is pursued by foreign fortune hunters. If the wealthiest widow leaves for good, then the kingdom would collapse because her taxes alone support it. King Achmed (George Barbier) consults with his ditsy wife Queen Dolores (Una Merkel) to see if she can steer him to a suitable lover who will be sent to Paris to marry the widow and bring her back from Paris. They agree on the playboy bachelor, captain of the guards, Count Danilo (Maurice Chevalier), who is caught in her bedroom by the King. Danilo is also informed if he fails on his mission he will be arrested and charged with failing to follow orders.

Arriving in Paris, Danilo goes nightclubbing and meets Fifi. She’s really Sonia. The two show they are capable of falling in love with each other in their first dance together, a magnificent Merry Widow waltz. After Sonia learns that Ambassador Popoff (Edward Everett Horton) has set a trap for the two to marry, she bolts from the marriage. At Danilo’s trial, she testifies on his behalf and they marry while he’s in jail as she’s convinced she tamed lover boy. 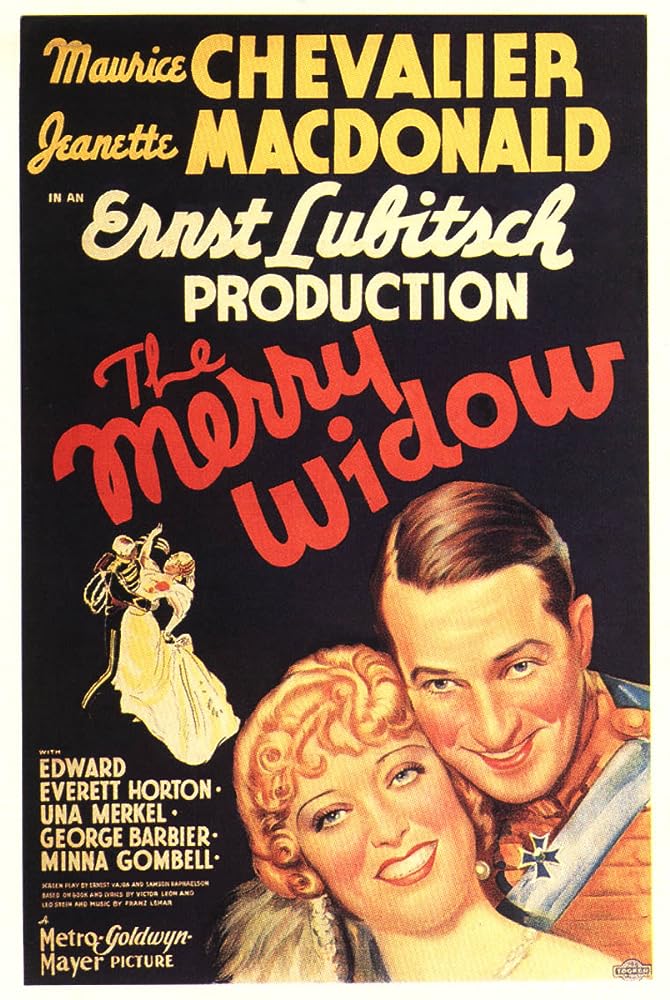