MEMORY OF A KILLER, THE (Zaak Alzheimer, De)

A fast-paced Belgium police thriller about a contract killer with a case of Alzheimer’s and a strong dislike for child abusers and an idealist cop whom the hardpressed assassin learns to trust. Though fiction, references are made to several recent scandals in Belgium. The film was popular in Belgium, winning many awards. It’s directed by Erik Van Looy and cowritten by him and Carl Joos; it’s based on the novel “The Alzheimer Case” by Jef Geeraerts. If memory serves me correctly, the film reminds me of “Memento.” The anti-hero writes vital information on his arm like in Memento.

In Marseille, France, Gilles Resnais (Patrick Descamps) hires veteran Belgium hitman Angelo Ledda (Jan Decleir), who is losing his memory due to the early stages of Alzheimer’s disease, for a last job in Antwerp. The lucrative assignment calls for murdering two people. Angelo murders Bob Van Camp, the town planner and steals from his safe blackmail tapes he was using against Jean de Haeck, the son of the well-connected government minister and cement manufacturer Baron Henri Gustave De Haeck (Jo De Meyere). Jean was the former city official who had to resign his post when Bob blackmailed him for his love of child porn. But Angelo because of moral scruples balks at his second assignment, the killing of a 12-year-old girl prostitute (Laurien Van den Broeck). This turns Gilles against him, and has the principled chief of detectives Vincke (Koen De Bouw) connect the dots by linking his initial child prostitute sting operation to all the dead bodies turning up when the child prostitute later turns up murdered by the same gun used in the other crimes. Angelo goes after the baron, who paid for his assignment, and all those who worked for him. There’s also a case of friction between the local homicide cop’s team from the “judiciary division” and the national police unit called the “gendarmerie,” headed by the cowardly Major De Keyzer (Filip Peeters) and protected by the crooked prosecutor Marcel Bracke (Jappe Claes). The gendarmerie are on the baron’s payroll.

Though the story is hardly original, the plot is incomprehensible and is worked out mechanically, and all the cops are familiar one-dimensional stock characters, the moral dilemmas raised by the assassin and Mr. Decleir’s fierce performance are what make the stylish straightforward pol-icier somewhat memorable.

The film rights have been bought for a Hollywood remake. All I can say is ‘oi vai.’ 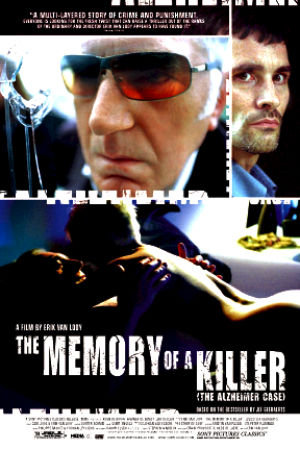