“You would have to be a mind reader to know what the filmmaker wanted to say.”

This is the first film to go from a Super-16 original to HDTV and then to a 35mm negative. It was shown at the 1998 Toronto Film Festival.

Jay Anania’s second feature is a very cold intellectual film that asks the question: Can we have a memory of what we only imagined? This is a mystery puzzler without much emotional impact or much of a payoff. It’s imitative in its minimalist style of a Robert Bresson film. You would have to be a mind reader to know what the filmmaker wanted to say.

The film opens on New Year’s Eve, 1971. Robert Burn’s Auld Lang Syne is playing on the car radio and Diane Thwaite (Paulina Porizkova, ex-supermodel) is on a rural road where she suddenly hits something with her car, and before she can be certain she faints. She is troubled that she thinks she hears a baby crying. This is something that will haunt her the rest of her life.

It’s now 24 years later, and the ice cold, blonde beauty, Diane, is in NYC working as a noted illustrator of plant specimens for technical science books. She has a robotic love relationship with one of her colleagues at the foundation, Cyril Troy (Jeff Webster), who can’t tell her what research he’s doing in his study of man. He tells her some abstract tale about a man who drowned while reaching for his reflection.

For the first time since the accident Diane begins to have dreams and when she hears Auld Lang Syne on the radio, thoughts keep coming back to her that she makes entries of them, does sketches of the faces she sees, leaves phone messages of her dreams on her boyfriend’s phone, tells her hypnotherapist about them, requests hypnosis, and forms an impression that something evil happened that fatal night. It is out of the blue that her memory just comes back, as she tells her therapist that the evil is not the shooting by a man of a woman but something that she feels is greater than that; it is something deeper that occurred on the side of the road on that fatal New Year’s Eve. Though, she still is not certain if what she envisions is a dream or a memory.

Into the picture enters the mystery man, Michael James (Julian Sands), and Diane’s sleuthing begins in earnest, as she learns about her past.

To go along with the somber and ridiculously serious tone of the movie, there are moody vocals by Judy Kuhn. The film’s cinematic style is eye-catching, but the acting and the story itself felt forced. 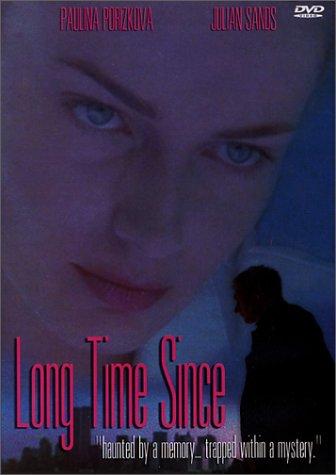