ME AND EARL AND THE DYING GIRL

“What it does better than many of the other sentimental youth comedies it’s linked with, is hide its gooey moments better than they could.”

A quirky tearjerker comedy helmed by Alfonso Gomez-Rejon(“The Town That Dreaded Sundown“), that embraces all the tiresome tropes generated by this genre. What it does better than many of the other sentimental youth comedies it’s linked with, is hide its gooey moments better than they could. Jesse Andrews wrote the novel and screenplay. The soundtrack of Brian Eno tunes cheers things up. Gomez-Rejon once worked with Scorsese and the great director’s influence is apparent here. It won both the Audience Award and Grand Jury Prize at the 2015 Sundance film festival. The only thing that slows down the comedy is its stilted pace.

The self-obsessed nondescript nerdy high school senior from Pittsburgh, Greg (Thomas Mann), visits classmate Rachel (Olivia Cooke) upon his dying mom’s (Connie Britton) urging. She has been diagnosed with leukemia. Greg bonds with Rachel when he is pleasantly surprised they share the same surreal humor. That humor is expressed by him through spoof videos of classic movies (like “A Sockwork Orange”). Greg’s straight-talking black student pal Earl (RJ Cyler), from the wrong side of the tracks, shares his love for films and works with him on spoofing the classics.

The gist of the pic is filled with smart-assed exchanges among the genial trio, while the third act is emotionally touching even if it manipulatively pulls at our heart-strings.

There’s a voice-over by Greg throughout. 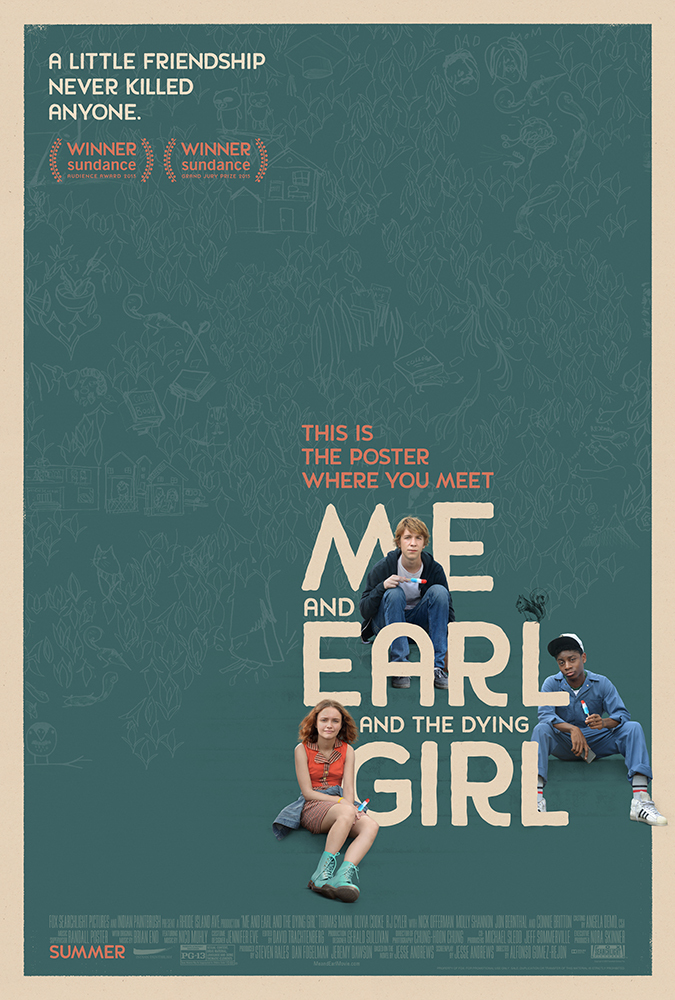