MAY IT LAST: A PORTRAIT OF THE AVETT BROTHERS

Co-directors Judd Apatow (“Knocked Up”/”Trainwreck”) and Michael Bonfiglio (“From The Ashes”) hit gold with this pleasing documentary on the rising country singers you can feel good rooting for, The Avett Brothers. This is the second collaboration between the co-directors, following last year’s “Doc & Darryl.”

The likable siblings consist of the older Scott and the five-years-younger Seth. They come across as down-to earth regular country folk, who are fun-loving good people with a terrific ability to make music that they actually feel and want to tell us what they are feeling. Seth says their music is like “reading our diary on stage.” The boys are from Concord, North Carolina, where Scott lives with his wife and three young children while Seth resides in nearby Asheville with his girlfriend.

The filmmakers seemingly had free access in following them around for the last two years. The boys began singing professionally in 2001 and a few years later signed with producer Rick Rubin and began recording in his Malibu studio and touring the country.

The film centers around the writing and recording of the 2016 album True Sadness, which gets them to perform in legendary Madison Square Garden in April 2016. We meet those close to them including their proud parents and married sister, and their bandmates/crew. We learn that Seth met the legendary folk singer Doc Watson and his influence was huge.Their hit song “No Hard Feelings” is recorded in the studio and we get to hear the full-song performance and their live comments about it.

The documentary will be on HBO in early 2018. 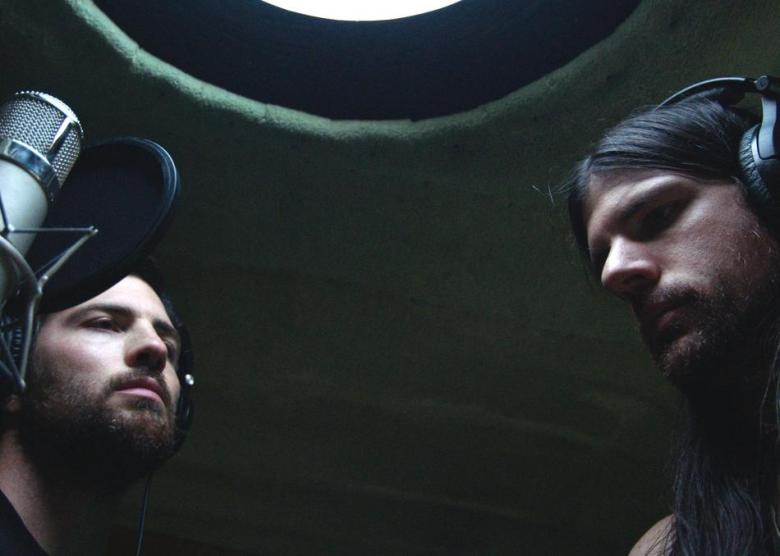 A TALE OF TWO PIZZAS