Horror films seldom are more unpleasant or violent. This was one of the 13 episodes in the first season from the Masters of Horror TV series in Japan that never made it on the tube because it was so depraved in its graphic cruelty. It’s directed by Takashi Miike (“Audition”/”Ichi the Killer”) and written by Daisuke Tengan from the novel Bokee Kyotee by Shimako Iwai. It was beautifully shot on location in Japan.

Set in 19th century Japan, where a disconsolate American journalist Christopher (Billy Drago) has returned to search for the beloved prostitute Komomo (Michie Ito) he left behind and promised to return to marry and take back to America when his business was over. Upon his return years later the journalist discovers the prostitute has been sold and forced to move several times since and his search has so far been fruitless. He ends up spending the night on an eerie island where only demons and whores dwell. A facially deformed whore (Youki Kudoh) entertains him by telling him a perverse sadistic story involving her strange life and Komomo (who worked on the island as a prostitute) and a freakish twin sibling. What follows is a tale of women violating a woman that includes torture by needles in a number of delicate spots on the body, an abortion and utter depravity that leads to a suicide. It ends on a chilling note that leaves some serious lingering aftershocks. If the film has any moral, it might be that sometimes it’s better not to know the truth.

Drago gives an amateurish over-the-top performance that drew a few snickers from me, as he thinks he’s in a Greek tragedy and stands out in all the wrong ways with his acting (though he look good for the part in his long hair). The only thing that seems to resound is the brutality and depravity of the story involving the two whores. J-horror director Miike’s contribution to the lackluster series is above the norm, but after giving him his due props as a talent I nevertheless found this unsettling film not something I cared to see. Miike rightfully has his admirers, but I just can’t cuddle up to his in-your-face ghoulish misogynistic films. 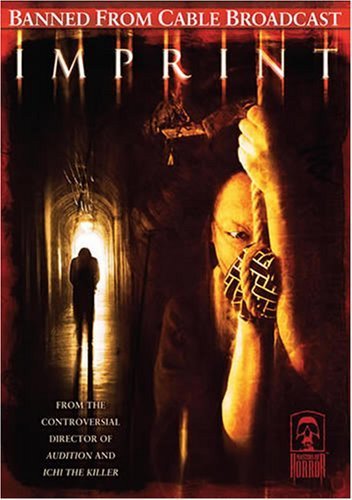