“A film noted for presenting feminist issues before its time.”

A film noted for presenting feminist issues before its time that is right on the money with its social commentary and is well-crafted, but I found it tedious, too simplistic and overlong. It’s a plea for husbands to understand that being a housewife is no picnic. It tells of a spoilt husband, a male chauvinist, who gets his comeuppance after mistreating his kindly nurturing wife. This was Carl Theodor Dreyer’s second and last comedy, the other being the highly enjoyable The Parson’s Widow. It proved to be a commercially successful film at home as well as abroad. Dreyer based it on the play by Sven Rindom. The claustrophobic apartment was built on the set and the tight quarters made it difficult for the cameramen but not the actors. The film is almost entirely shot in these two rooms. It was first released as Thou Shalt Honor Thy Wife.

Mary Allmen (Astrid Holm) is a devoted angelic wife to her demanding working-class husband John (Johannes Meyer), and is a loving mother to her three children: teenage daughter Kathleen, elementary school-aged Dick, and her baby son. John is a grouch, constantly complaining and treating his wife and kids like dirt. Mads (Mathilde Nielsen) was John’s nanny when he was a child and comes over frequently to help Mary with her housework. Upset with his tyrannical ways and fearful that Mary will soon have a break-down, Mads plots with Mary’s elderly mother Mrs. Nelson to get her away from the house and make John miss her so much that he will repent and change his brutish ways when he sees what he’s missing. Mads thinks the two are still fond of each other and that she can help bring them together again in a more loving way by bringing John to his senses. She moves into the apartment and punishes John for his selfish and arrogant actions, showing him the self-sacrifices his uncomplaining wife endured for him and pointing out that all he could show for appreciation is to continue browbeating her. Mads disciplines John like she did when she nursed him, while under doctor orders Mary gets plenty of rest and quiet in her mother’s house. In the end it all works out and the family reunites with a greater understanding and love for each other.

I found this to be one of Dreyer’s lesser films, as it plays today like a typical TV sitcom. 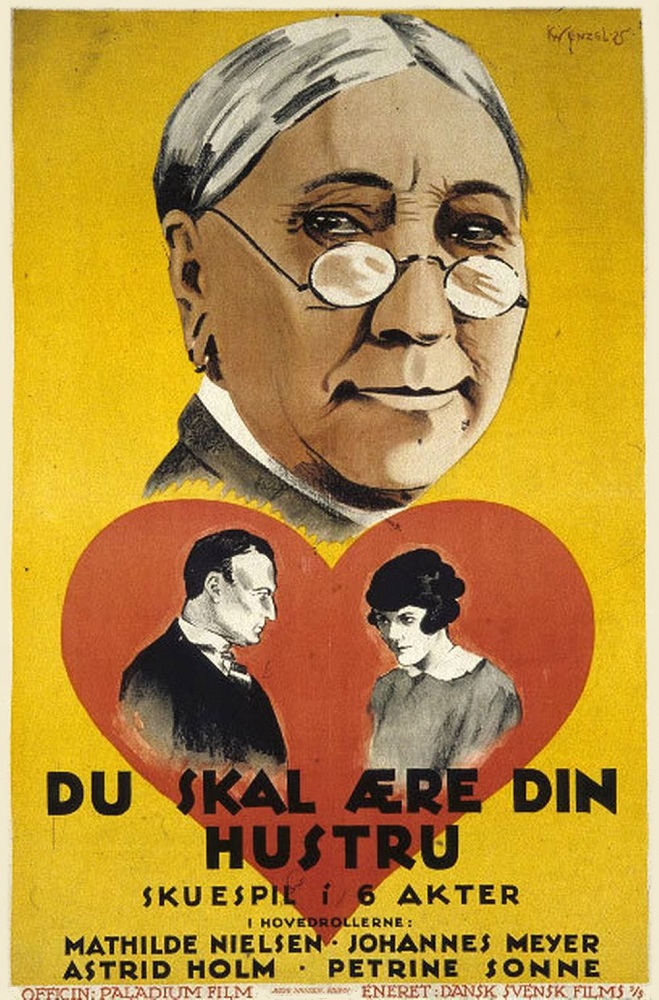