MASQUE OF THE RED DEATH, THE

Roger Corman does another work by Edgar Allan Poe, in a film many critics considered his best from his Poe cycle. It’s a visual treat, thanks to the lush camera work of Nicolas Roeg, but leaves a lot to be desired in its wooden story and characterizations.

Prince Prospero (Price) is a diabolical 12th century Italian prince, a worshiper of satan, who lives in a castle and amuses himself with orgiastic pleasures and having his victims die in depraved ways for his amusement. He has his castle sycophants act as pet dogs for all his whims. They’re happy to stay there in safety because the plague has ravaged the local town and countryside.

The film opens as a masked man, supposedly a holy man, dressed in red, meets an old lady in the woods, turns a white rose into a red rose, and tells the old lady to tell her townspeople “The day of deliverance is at hand.”

Meanwhile Prospero has taken a beautiful village girl, Francesca (Asher), and tries to force her to choose between saving the life of her lover Gino (Weston) or her father (Green). She refuses to make a choice, as Prospero threatens to then kill both. He tries to shake her faith in virtue and Christianity.

Prospero plans for a masked ball at midnight: in the meantime he brands the breasts of a beautiful Satanist woman, Julianna (Courts); Alfredo (Patrick Magee), one of his sycophant guests, is burned to death while clad as a gorilla by “Hop Frog” (Skip Martin), Prospero’s demonic jester; and, a royal visitor, Scarlatti, is refused entrance to the castle and killed with an arrow by Prospero after begging for his life to be spared by offering him his wife.

The best thing about the film is Vincent Price’s absolutely diabolical performance, no campy routine here. It’s a performance showing pure evil and the reward is at the end watching him get his just desserts. Charles Beaumont’s script was intelligent and subtle in making its case about devil-worshiping. But the film itself left me with a cold feeling. 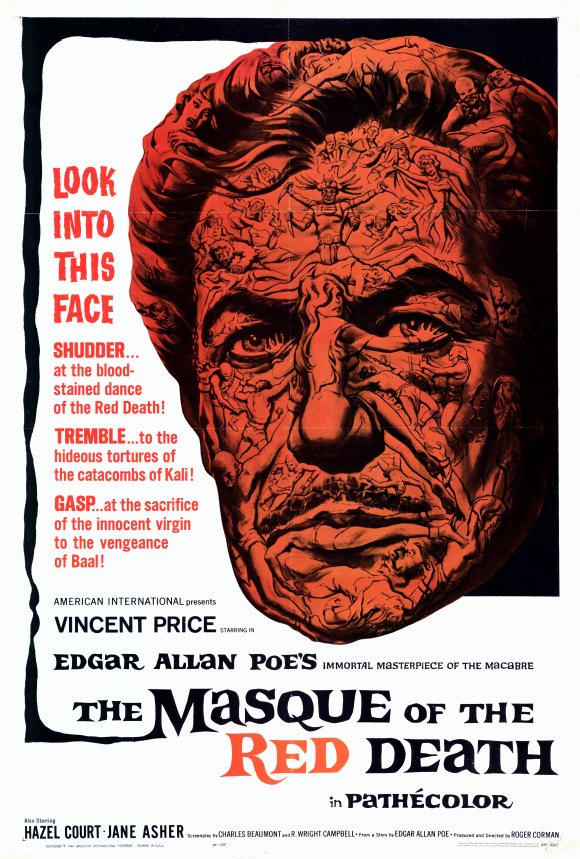