A film that is political in nature and very controversial for the Iranian authorities to deal with, as it shows the effects of shell-shock and a mental breakdown in a photojournalist returning from the frontlines of the Iraq-Iran war. Haji (Mahmud Bigham) has been in a hospital mental asylum recovering from the effects of the war explosives and the doctor dismisses him to go home and recover, advising his family that he should seek a life of gaiety and should get married.

Battling with his depression, Haji feels it’s unlikely he will ever recover. When his fiancée Mehri (Roya) feels he should just surround himself with pleasant things, he instead is filled with images of starving children in Africa and of the images that still haunt him when he covered the conflict in Lebanon. Her wealthy merchant family does not approve of this marriage, but she is attracted to the goodness she sees in him.

Returning to his newspaper, Haji’s assigned to take photos of life in Tehran. He is determined to take photos of the poor and the homeless, showing the failures of the Islamic Revolution to eradicate poverty as promised and live up to their ideals. This was a revolution the director was a supporter of, but has now gotten into trouble with the censors because of his film’s content. What Haji sees is that things are economically the same as before the revolution and this is a slap in the face of the post-Khomeini government. When he presents these human condition photos of all the poverty he sees in the city to his newspaper editor, they are discarded and no newspaper will publish them.

To lift his spirits, Haji’s fiancée rushes up their wedding plans against her father’s wishes. At the banquet he gives a solemn toast, dampening the festivities as he says in repeated hysterical tones: “Eat the food robbed from the poor–robbed food tastes best.”

The film was unique, honest, raw, and daring. Makhmalbaf shows a great passion for dealing with the ironies of modern Iran. 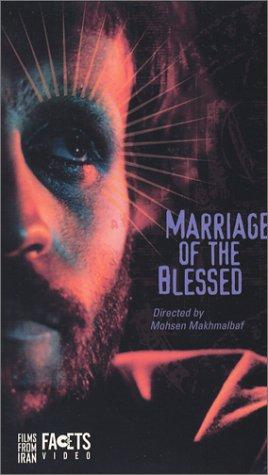