MAN WHO CRIED, THE

A grand looking film always giving one hope it will come up with something sweeping to say, but never quite knowing what to say that breaks the bleak mood of the story. The film is underwritten. This is British director/writer Sally Potter’s (“Orlando“/”The Tango Lesson“) attempt to catch the suffering of an oppressed Jewish girl who fled Russia in 1927 when her shtetl is burnt down in the middle of a Russian pogrom, killing the little girl’s beloved grandmother. Her mother gets little Suzie (Claudia Lander-Duke) out of the country after that incident, but by accident she winds up in England instead of America. Her father (Oleg Yankovsky) fled alone before the arson attack to America to save enough money and bring the family over, but he loses contact with them because he’s erroneously told they all died in the fire.

This film like Potter’s others, shows women who are trapped by circumstances beyond their control and must use their artistic ability to overcome their dire situation. This is a slow-moving story, that is ambitious but plodding and miscast. The film lacked energy, and seemed overly melodramatic. But the operatic musical score is beautiful, especially Bizet’s “Je Crois Entendre Encore.”

The story follows Fegele, renamed Susan by the dour English Christian parents who adopt her. She can’t relate to them even though they mean well and is hit on the hands when she speaks Yiddish instead of English. She is forced to fit in with the other English schoolchildren. When the young adult, who calls herself Suzie (Ricci), arrives in Paris as a showgirl singer in a cabaret, her plan is to save enough money to go see her father in America. The brooding young lady becomes roommates with an attractive bleached blonde gold-digging dancer in the show, Russian emigre to England, Lola (Blanchett).

Visiting Paris to put on an opera is a pompous Italian tenor, Dante Dominio (Turturro). He attracts both Suzie and Lola, but the more forward Lola wins him over. The two ambitious mercenaries and opportunists have much in common. Dante has a beautiful voice but when he speaks defending Italian fascism and mentioning how Mussolini brought respect back to the people, Suzie shies away from him. She’s attracted to an almost mute (unfortunately he still is given lines to say such as, all the gypsy little ones are my children) gypsy rider of a white horse in the show, Cesar (Depp), and the two take comfort that they are both outsiders in France. Felix Perlman (Stanton) is the Jewish Parisian theater owner who booked Dante, and has little to do but appear that he’s happy just to be in the film.

When the Nazis take over Paris, Suzie flees by boat to America with the help of Lola. Her boat was torpedoed and sent up in flames, but she was rescued at sea before arriving in America. The film has been told in flashback from the opening fire at sea, until we see her come to America and track down her elusive father she hasn’t seen in over 10 years. He lost faith in his God and renounced his religious belief, and has changed names and moved to Hollywood. The last scene is when Suzie sings in the hospital room her favorite childhood song to her father, and he calls her Fegele and cries inside. I don’t know if you can get cornier than that, even in Hollywood! I still don’t know what the film was trying to say; it was tough to keep awake never mind trying to find out what I was supposed to revel in besides the opera music. 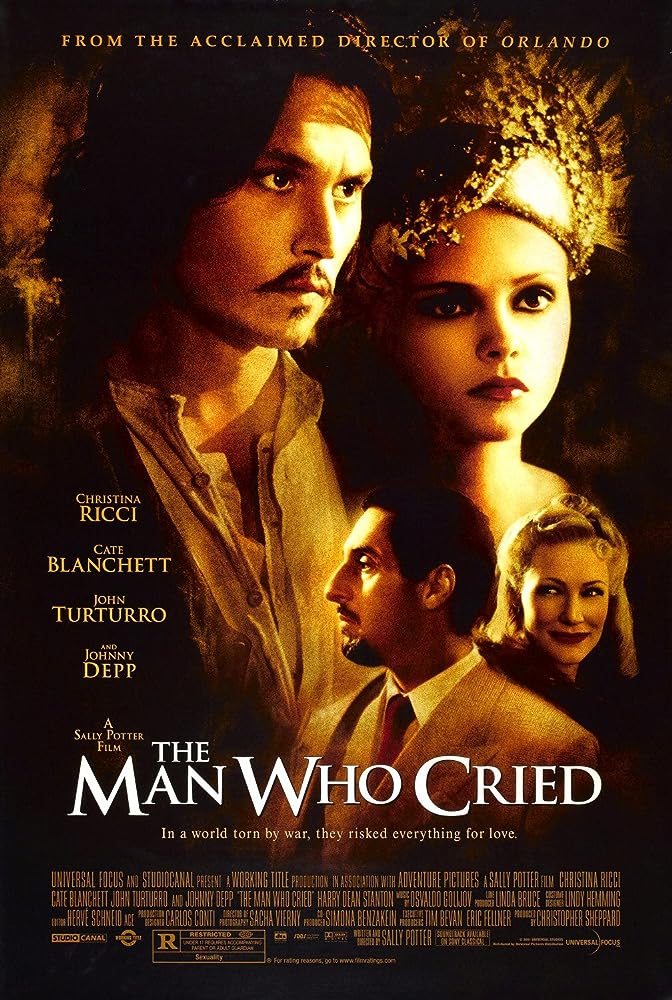