“It’s a modest Western, tamped up by a fine Anthony Quinn performance.”

Harry Horner (“New Faces”/”Vicki”) directs this low-budget offbeat western that has Anthony Quinn play a reformed Mexican gunfighter who faces racism. It’s taken from a story by Richard Carr. Dave Robles (Anthony Quinn) is a low-life Mexican-American gunslinger who comes to Mesa to get revenge on the outlaws who terrorized his town of Del Rio. When he acts tough, he manages to get appointed as the new sheriff. With his new status he cleans himself up, buys new clothes and begins a romance with Estella (Katy Jurado), the Mexican housekeeper of the town doctor (Douglas Fowley). He soon realizes that white society still consider him inferior and refuses to interact with him socially.

It all leads to the sheriff having a gun duel with the town’s saloon owner, crime boss (Peter Whitney). It’s a modest Western, tamped up by a fine Anthony Quinn performance. 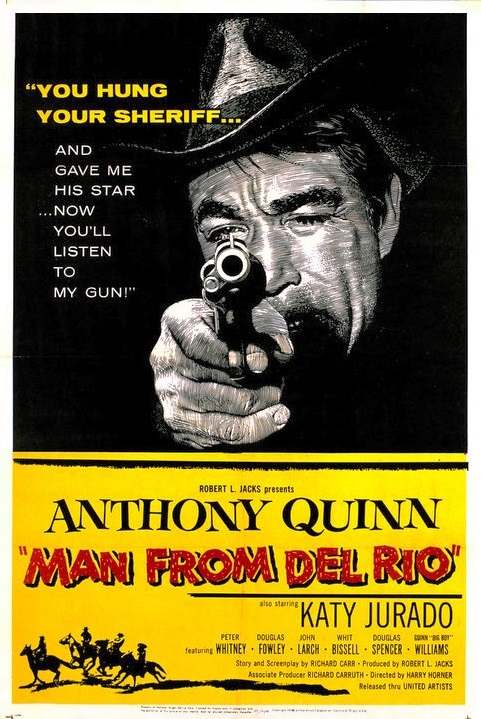