The feature film debut of the 33-year-old director Gus Van Sant (“Drugstore Cowboy”/”Good Will Hunting”/”My Own Private Idaho”)was made on 16mm for only $25,000. It’s set in Van Sant’s Portland, Oregon hometown. It has been said that this indie gay film has been the forerunner of the New Queer Cinema, as it’s a film that is ahead of its time since such an openly honest portrayal of a homosexual was not seen in mainstream movies in the 1980s.Mala Noche is about open homosexual lust, and is a study in obsession. It’s based on the autobiographical story of Walt Curtis.The black-and-white film centers around a seedy world of drunks, workers on dead-end jobs, transients, illegals, stoners and idlers. Seeing it at this late date, the drama is not dated and serves as a time capsule to an era of alienation that still has not vanished from the American scene.

The film’s Walt Curtis provides a voice-over throughout.

Amiable twentyish homosexual liquor store clerk Walt Curtis (Tim Streeter) falls in love at first sight with the 16-year-old Mexican illegal immigrant Johnny (Doug Cooeyate), who hangs out at his skid-row convenience store after arriving by rail from California. Johnny turns down Walt’s sexual advances, but accepts a dinner invitation for a meal prepared by Walt’s platonic friend Betty (Nyla McCarthy). Johnny brings along his fellow illegal immigrant flophouse roommate Roberto (Ray Monge). When Walt offers to pay Johnny $15 for a roll in the hay, Johnny wants $25. But Roberto takes the offer, which leads to an uneasy love triangle among the threesome. The Mexicans cruelly belittle Walt and humiliate the gringo despite his generosity. Later Walt becomes Roberto’s protector and caretaker when Johnny suddenly splits to visit relatives in another state. Things get heavy when the cops kill Roberto and Betty moves to Alaska to be an exotic dancer, as the forlorn Walt is left alone with a broken-heart over his unconsummated relationship with the returning Johnny.

The film was a hit on the festival circuit, though the Sundance Festival turned it down in 1986 and it got only a very limited theater release. 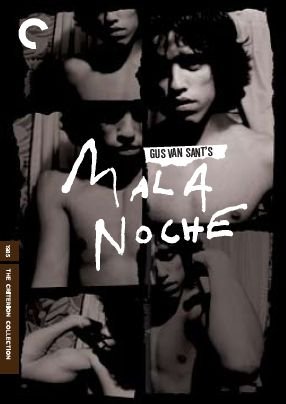