MAGIC OF MELIES, THE (Méliès the Magician) (TV)

An excellent historical documentary made for television that is meant more for cineastes than the general public. It takes you back to the late 19th century and the origin of films as seen through one of cinema’s legendary artists—the Frenchman Georges Méliès. He was a former magician who at 26 in 1888 became a pioneer in shooting early silents and was known for his special effects. Méliès was the discoverer of time-lapse photography and multiple exposures, and was an entrepreneur who created more than 500 innovative short films seen throughout the world (in such venues as fairs, nickelodeons and his own vaudeville theater) making him one of cinema’s most influential filmmakers.

Director Jacques Meny tells Méliès’ illuminating story by interviewing his relations and film historians, showing excerpts of the 15 films of Méliès that he didn’t burn after going bankrupt (including his most famous one, the 1902 “A Trip to the Moon”), rare archival footage and reconstructions.

It’s a fascinating cinema lesson about a dedicated artist who used his inheritance from his father’s shoe business to purchase the famous illusionist Robert Houdin’s Theatre and turned his enthusiasm for art, music and magic into films after observing how Lumiere played with the illusion of movement. To make his films, Méliès built a special workplace which became the first movie studio and it allowed him to shoot trick films, use hand-tinting techniques, build elaborate sets and design colorful costumes. Méliès’ films were unique and witty, as he became recognized as a fusion artist–someone who perfected rather than invented things. His financial difficulties grew out of the competition from bigger filmmakers like Pathè and Gaumont, who had the means to produce more films than he could. By 1912 Méliès was forced to close the studio, and his filmmaking became outdated as it lost ground to all the new filmmakers emerging.

The only problem is the film runs into a few dry spells when the talking heads get wound up, but it’s worth sitting through just to catch the rare archival footage and know more about such an interesting innovator as Méliès. 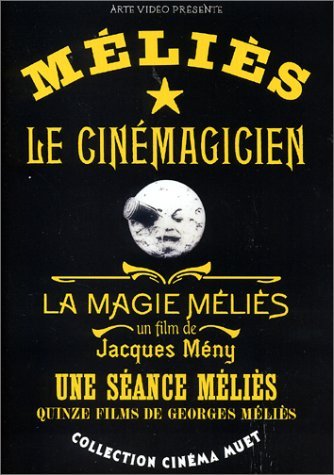