After this botched splatter horror pic, first time director Joe Giannone never directed another pic. This may be the only good thing to result from such a frightfully inept fright film. It’s based on a story by the director and the producer Gary Sales. It predictably goes by the numbers of how to make a bad low-budget gory slasher film in the 1980s. It has a madman slasher picking off college-aged counselors one by one, while the dummies despite the signs of danger all around them can’t even think of calling the sheriff for help. Besides the wretched amateurish acting, the lousy execution, the ragged pacing, the weak story line and the schmaltzy music, this exercise in bad filmmaking is never credible storywise, humorous, scary or even the slightest bit interesting. It’s so bad that it even gives movie madmen a worst name than they already have. Also the most boring character in the film becomes the last one killed, not that she was much worse than the other characters–but she was annoyingly bug-eyed and sappy, deserving to be among the early ones killed off.

It’s set on the last night of camp, just before the Thanksgiving holiday, at the North Sea Cottages, a wooded retreat for a few gifted children. The smug head counselor Max (Carl Fredericks) tells a scary true story at night in the woods before bedtime by a campfire attended by mostly young children, who should not be hearing a story about an ax murderer in the first place. The cutesy Max thinks it’s fun to scare the little ones by telling them not to walk alone in the woods tonight or even mention in a voice above a whisper the name of local farmer Marz (Paul Ehlers). Madman Marz snapped one night and took an ax to his wife and children for no reason and when hanged by the locals, mysteriously vanished along with his family’s bodies. Legend has it, he will return to this wooded area if his name is said aloud. With that said, one of the wise guy campers, Richie (Jimmy Steele) shouts out his name and on the way back leaves the other campers to walk alone in the woods to check out the abandoned farmhouse where Marz formerly resided. Meanwhile Max, who for some inexplicable reason also mentions Marz’s name out loud, goes into town to play cards while the six counselors pair off to either end their camp romances, keep them going in the city or try to decide whether to split or stay together.

When the counselor TP (Tony Fish), Betsy’s possessive boyfriend, goes in the woods to look for the missing Richie, the oafish Marz sneaks up on him and hangs him. Next Stacy (Harriet Bass) sends out her boyfriend Dave (Seth Jones) alone in the woods to look for both missing guys. When he fails to return, Stacy drives her truck into the woods to search for the boys. When she’s also missing, Bill (Alex Murphy) and Ellie (Jan Claire) go out into the woods to see if they can have any luck in finding anyone missing while Betsy stays in the office. Oh, by the way, the drunken cook Dippy (Michael Sullivan) was the first one killed by the unstoppable killer lurking in the shadows, as he had his throat slashed. But his body was never discovered, and since he was only the cook and was needed only for one more breakfast meal, he was never mentioned again since the film ends before the morning meal.

The most novel killing was when Stacy has her truck not start and somehow it becomes a murder weapon. Slasher fans get the usual cheap thrills in this cliché-ridden gory movie. Amazing as it may be, there were some cult fans claiming the public was missing something special by ignoring this overlooked film. I think the only thing one missed was a giant sized headache. 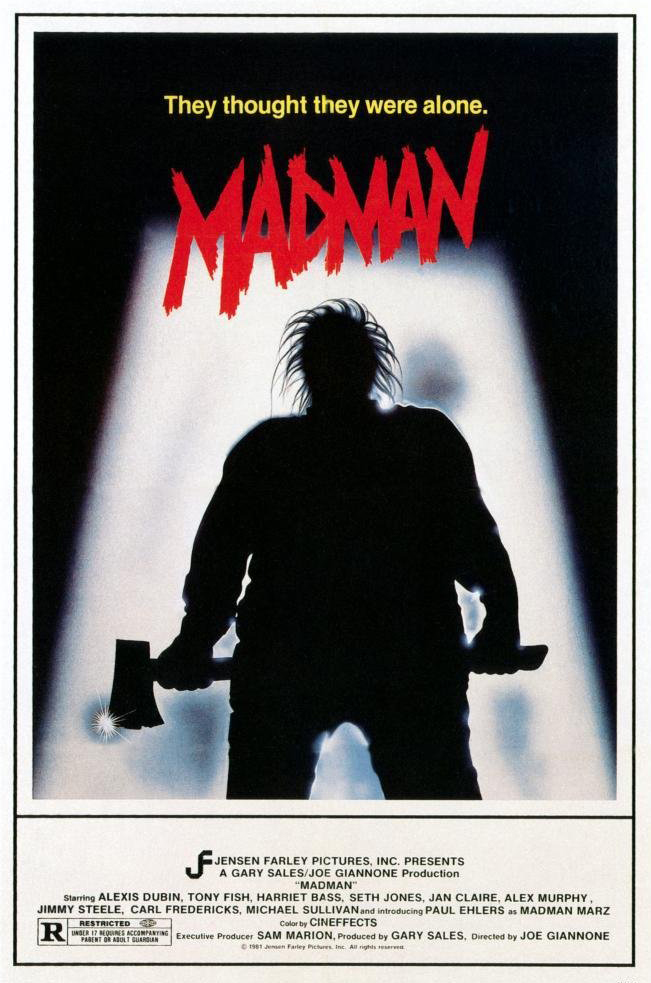