MADE FOR EACH OTHER

The vile sitcom is about the ordeal of three months of no sex for newlyweds Marcy (Bijou Phillips) and Dan (Christopher Masterson). Marcy had a vaginal piercing and developed an infection, which is reason for the abstinence. Dan suffers from public humiliation, as he somehow (not revealed in the story) told everyone he knows about this. In his business office, Dan’s aggressive sister-in-law boss Catherine (Lauren German) seduces him and he feels guilty he cheated on his wife. Dan, to assuage his guilt-feelings, teams up with his three buddies (Samm Levine, Danny Masterson, and Kyle Howard) and they scheme to get Marcy to commit an infidelity with egotistical actor Mack (Patrick Warburton). At the last minute Dan realizes he can’t go through with the nutty scheme and tries to stop it. The crude film was as obnoxious as its premise, and seemed worse when it couldn’t generate enough laughs to justify its dumbness. 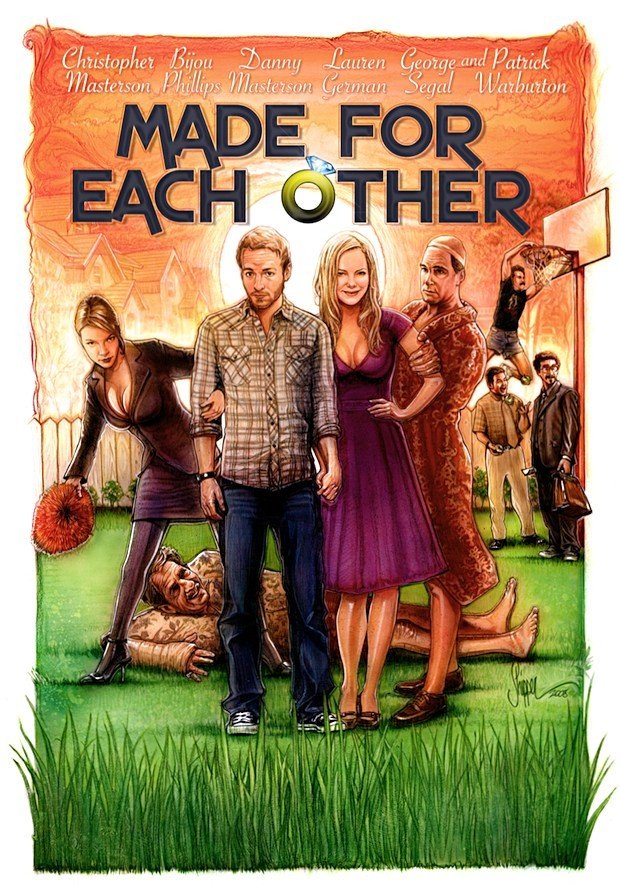