Costa-Gavras (Z/Missing) presents a film about the media exploiting the news and expects us to be surprised to find that all they care about is the ratings. The Big Carnivaldid this theme better, as long ago as 1951. Travolta is in Elvis sideburns and is supposed to be the not-too-swift, common man type. He is so upset with being fired as a museum guard that, at first, he doesn’t even tell his wife. Later he comes back to talk politely to his boss (Blythe) about getting his job back, but for some inexplicable reason he also comes with a gun and a bag full of dynamite. Soon things go wrong and he is holding schoolchildren in the museum as hostage, as he accidentally shoots a black security guard.

Dustin is in the museum to do a fluff story for the small media market TV station he now works for after his fall from grace with big-time national TV. He takes this story and creates it to fit his needs to get recognized again and to regain his position in the big media market. The networks pick up this story as the public shows an interest and the media conscious Dustin befriends the sad sack Travolta and uses him to keep the story hot, with himself in the center of it. He even exploits it into a racial thing.

The film is one-dimensional in scope, no one has room to grow. The amusing relationship between Travolta and Dustin captures our attention for most of the film, but nothing interesting happens between them. The only new twist is that it isn’t the anchor newsmen who are in charge anymore, those who could smell a news story even in their sleep; but it is the young corporate yuppie types, interested only in the bottom line and what the public opinion polls state. The media is shown to be worse than ever, as this new breed of executives are not really news people.

The actors tried too hard to make something out of nothing. In the end, it is an old news story that we got — but this time it is manipulated by the movie director, instead of the anchor man and the new type of corporate executives. 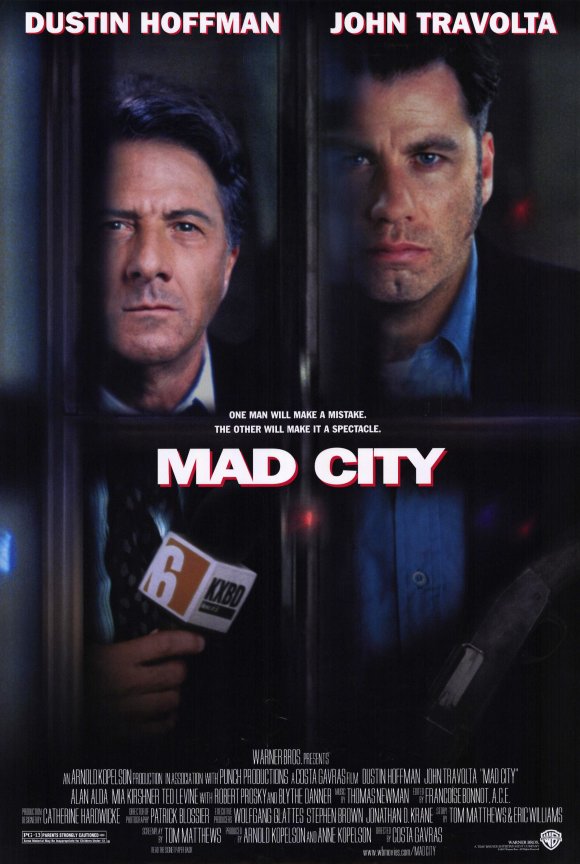