A cautious but strained apolitical Iraqi War drama helmed with reserve by Neil Burger (“Limitless”/”Divergent”), that takes the form of a road movie. Writers Burger and Dirk Wittenborn keep it smartly scripted for awhile but rely on too many unconvincing contrivances to propel the manipulative story forward. What keeps it gassed up is the performances from the three stars, who play to the camera in a pleasing way. The so-called lucky ones are the three returning wounded Iraq army veterans, the army lifer T.K. Poole (Michael Pena), the cheery naive hick Colee Dunn (Rachel McAdams) and the middle-aged sergeant reservist Fred Cheever (Tim Robbins). T.K. survived a shrapnel wound to his groin from a roadside IED, Colee was shot in the leg making her gimpy and the reservist Fred, whose tour of duty ends, had a back operation when a portable toilet fell on him. They take the same flight from Germany to JFK, and the strangers band together to rent a minivan when a blackout causes indefinite flight cancellations. We soon learn that T.K. is going to Las Vegas to be treated by hookers for his impotence, Colee is also going to Las Vegas to return to her dead soldier boyfriend’s parents a valuable guitar he gave her, while the married Fred is going home to suburban St. Louis to reunite with his wife Pat (Molly Hagan) and teenage son Scott (Mark L. Young). The plan is for the two to fly to Las Vegas, after Fred drops them off at the St. Louis airport. But Fred’s wife surprises him by coldly asking for a divorce and his world comes tumbling down. The trio having bonded on the way to St. Louis, now stick together to go to Las Vegas and help each other. Things get gooey as the story ran out of smarts and things become too sentimental and predictable. It’s just a question of guessing how they work things out. But who would have guessed a passing van of friendly hookers would suddenly appear on the road to solve T.K’s intimate problem. It’s a scene that makes it hard to take this drama as serious, as it chugs along afterwards to connect all the dots in the plot. 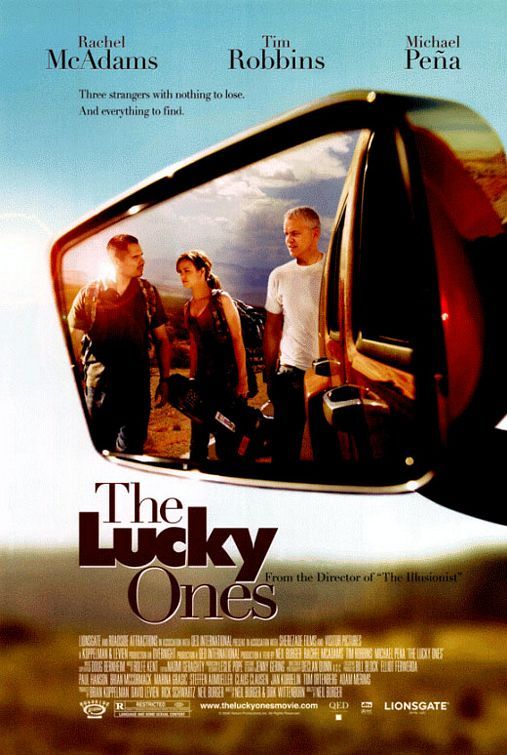