This is a remake of the black-and-white filmed The Desperado (1954), directed by Thomas Carr and made by the same studio and written by the same screenwriter and adapted from the same novel. Veteran filmmaker RG Springsteen (“Apache Uprising”/”Bullet For a Badman”) skillfully directs in gorgeous Cinemascope this entertaining but contrived B-Western. It’s set in 1873, after the Civil War, in the small Texas town of Rand City, that’s run by corrupt carpetbaggers.

Known primarily as a top-rated writer of thrillers, Daniel Mainwaring, who wrote Out of the Past (1947), goes slumming to do the screenplay for this robust B Western, one of only a few Western scripts he did. It’s based on the 1950 story The Desperado by Clifton Adams.

The state of Texas is run by corrupt carpetbaggers, and its corrupt Governor Davis supports their lawless behavior. In Rand City, the police are run by the vicious saloon keeper chief of police, Captain Follyard (Ainsley Prior), and his mean-spirited right-hand man, Sgt. Price (George Keymas).

A few of the local young rebels led by Kit Caswell (James Best) hang the Governor in effigy and toss a few sticks of dynamite into Follyard’s saloon, which doubles as police headquarters, with no one hurt. The rebels protest the brutality of the police, dressed in Union uniforms, and mockingly called “Blue Bellies” in the police state.

Kit and his cowardly and sneaky rival Frank Wittrock (Jan Merlin), the brother of the sheriff (Frank Ferguson), are rounded up by Follyard’s men and at police headquarters are beaten and forced to confess they were the troublemakers. But they escape. After Kit says goodbye to his girlfriend Lucy (Abby Dalton), someone Frank has his eyes on, and head for outlaw territory at Big Bend to hide from the police. There the young men encounter the legendary fast-draw middle-aged wanted outlaw Cole Younger (Frank Lovejoy, who talks with an NYC gangster accent), and Cole shares with the boys his philosophy of life: “A Man Does His Own Killing.”

The sneaky Frank then returns home and throws himself on the mercy of Follyard, and becomes his prisoner.

Meanwhile, in a gun duel, Kit kills a horseless outlaw (Myron Healey), on the trail, who tried to steal his horse. Cole tells him he has a vicious twin brother, who will come after him to avenge his brother’s death.

When learning of the brutal murder of his father, Henry (John Maxwell), by Follyard, Kit wishes to go into town to avenge the death. When confronted with the unarmed Price and Follard, thanks to Cole, he can’t gun down the killers in cold blood and rides off with Cole. Meanwhile Frank is unseen in the back of the saloon and when Kit and Cole leave he cowardly guns down the unarmed men. Frank then blames the murders on Kit. And with Kit on the lam, the despicable Frank makes a play for Lucy.

It concludes in spectacular fashion, when a trap is set for Kit in Abilene, Kansas, and the straight-shooting town Marshal (Douglas Spencer) brings his prisoner Kit back to his hometown for trial on murder charges, with Frank being the star witness who falsely accused Kit of the killing. But Cole comes to his aid, and at gunpoint forces the court to listen to the facts and convinces them, with the Marshal’s help, that Frank was the killer who framed Kit. Kit is found not guilty and reunites with Lucy, while a bargain is worked out by the court so that Cole goes free and on the run again.

The happy ending was not entirely believable, but the film was well-paced, acted and directed. 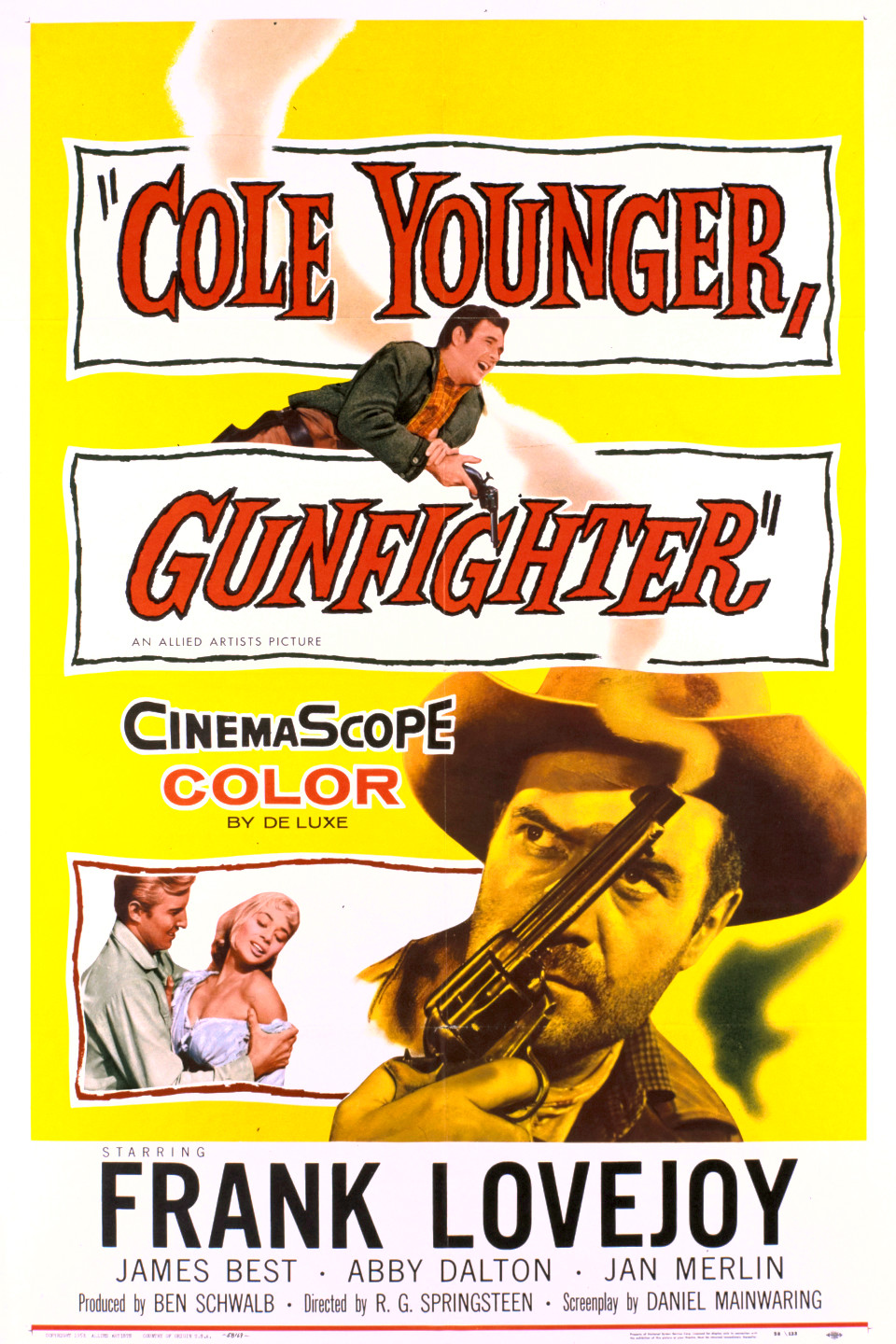 WHERE THE SPIES ARE