Overlong and turgid, but well-made and mature treatment of melodrama for the early 1960s. It was treated by the public, at the time, as sensationalist. British New Wave filmmaker Bryan Forbes(“Whistling Down the Wind”/”King Rat”/”Seance on a Wet afternoon”) directs and writes a realistic kitchen sink modern urban drama based on the novel by Lynne Reid Banks. It was shot in black-and-white.

Jane begins a steamy affair with Toby and hides her pregnancy in fear of losing him, but the jealous Johnny meddles and tells his boy that his lady has been knocked up by another. Toby splits, unable to stomach he’s not the father. The despondent Jane goes to an oily mercenary gynecologist (Emlyn Williams), and then after deciding to keep the child decides to abort by taking an overdose of pills given her by Mavis. That fails. Jane then accepts her fate and gives birth. Toby returns, but is unable to accept the child. But he lays on Jane a copy of his first complete book. Jane returns to France and will try to find a happy ending to her story.

Caron’s heartfelt, out of type, performance as the lonely lady in trouble, makes the sensitive pic, a mixture of muddle and insight, watchable. 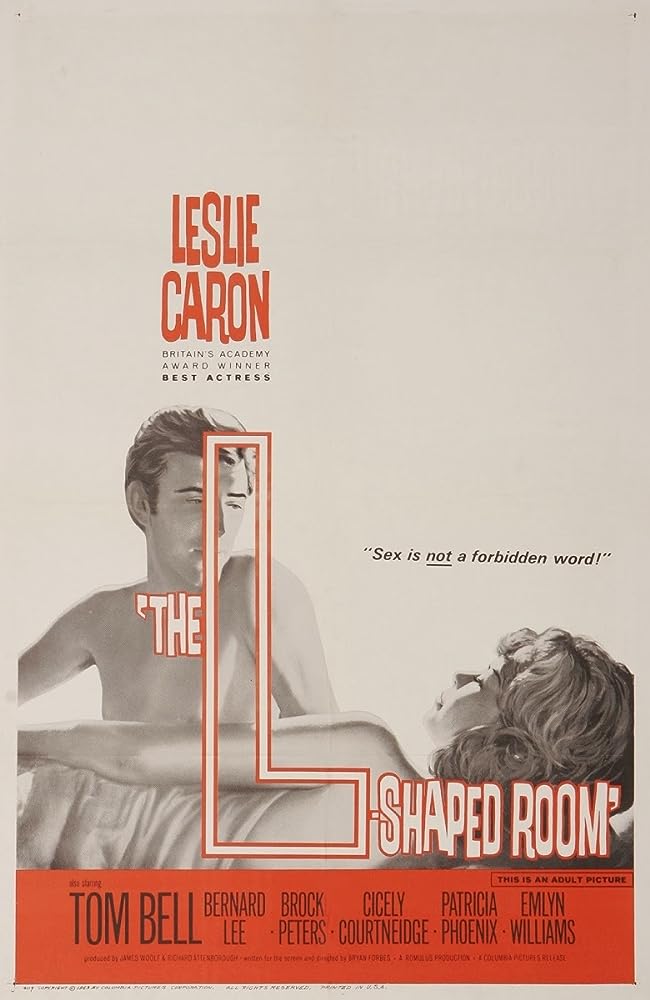