The first “talking picture” by the German-born Jewish director, recruited to Hollywood in 1922, Ernst Lubitsch (“Monte Carlo”/”The Smiling Lieutenant”/”One Hour With You”). It was the first Hollywood musical to integrate songs with narrative. It’s based on the play “The Prince Consort” by Jules Chancel and Leon Xanrof and is written by Guy Bolton and Ernest Vajda. It hops along with great verve during the first half, showing off the famous Lubitsch touch, but the second half turns into a bit of a drag as it resorts to the battle of the sexes with the man in the climax firmly set again in the top position. The pic proved extremely popular and made an international star of Maurice Chevalier and was an auspicious film debut for the 26-year-old soprano Jeanette MacDonald, an actress from Philadelphia.

It’s set in the fictional kingdom of Sylvania, where Queen Louise (Jeanette MacDonald) is happy but for one thing—she’s not married. She’s pressured by her old men cabinet to marry for the good of the country. After the Queen enjoys showing off her gams to the cabinet she has an audience with Count Alfred Renard (Maurice Chevalier), a Lothario military attaché recalled from Paris because of a number sexual scandals. Afterwards she invites him to dinner. It results in their marriage, where the Count now has the title of Prince Consort, as anyone who marries her can’t be king but must be under her thumb according to Sylvanian law.

The loud roar of the cannons on their wedding night, which continue despite his protests, shakes up his male confidence, as Alfred realizes he has become merely a figurehead to be used only for the boudoir and who must carry out all his wife’s commands. A few weeks pass and an unhappy Alfred feels useless, as he can’t do anything without his wife’s approval. In the film’s most daring number, a tender homage to his penis, Chevalier sings “But Nobody’s Using it Now.”

Louise plans to attend the royal opera opening with Alfred, as her cabinet tells her they must appear happy to impress the Wall Street businessmen granting their country a needed loan. When Alfred comes up with a plan to revive their economy, the Prime Minister (Lionel Belmore) vetoes it. Louise tells Alfred not to interfere in state matters and commands him to smile at the opera.

Alfred’s servant Jacques (Lupino Lane) talks this over with her maid Lulu (Lillian Roth), and they disagree about who is right. Alfred is not in uniform when Louise insists that they must go to the opera. She cries and sings “Dream Lover,” the song the film so optimistically opened on. It ends with the Queen getting her comeuppance, as Alfred attends the opera in uniform and is full of smiles but he tells her after the loan is signed he will file for a divorce. Back in their palace, Louise realizes she wants her well-hung lover boy to stay and suggests that he takes charge of the state and their home. 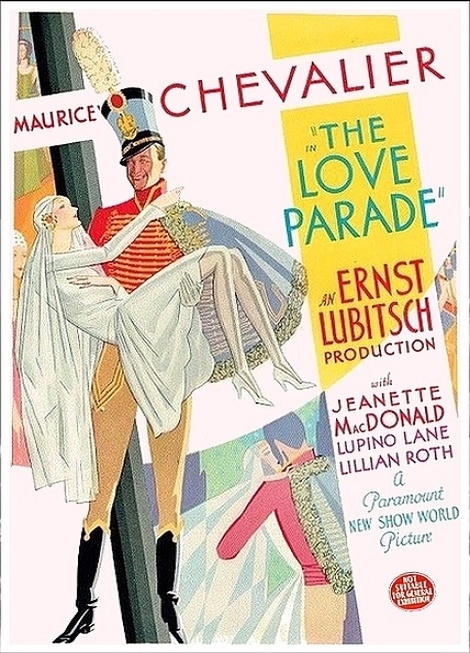