“It’s much better than the usual formulaic musical biopic.”

Bill Pohlad(“Old Explorers”) is a producer trying his hand at directing. He gives us a vibrant and finely crafted biopic of the Beach Boys mastermind Brian Wilson, with the help of writers Oren Moverman and Michael Alan Lerner. It covers two different periods in the genius songwriter’s life. It tells us when Wilson (as played by Paul Dano) was in a creative period and quit performing live after a panic attack while on a flight touring with his popular group. A period that ranged from 1965 to 1968, one that was noted for the single “Good Vibrations”. It was a time when Wilson battled mental health issues that worsened. The other period of Wilson’s life it inter-cuts with is set in the 1980s. He’s played by John Cusack. This time Wilson is a broken man, who tries to free himself from the strangling influence of his manipulative guru doctor (Paul Giamatti). To do so Wilson was fortunate to be helped by falling in love with a Cadillac dealer named Melinda Ledbetter (Elizabeth Banks), who goes from dealing with him as a customer to becoming his second wife.

The film does a good job capturing Brian’s creative period and his down time because of mental problems. It’s much better than the usual formulaic musical biopic. Beach Boys fans should be all over the film’s version of “Pet Sound,” while casual fans and newcomers to the group should be satisfied with both the music and drama. The effervescent melodies come across as a pleasant reminder of how much of a positive impact the group had on American rock music. 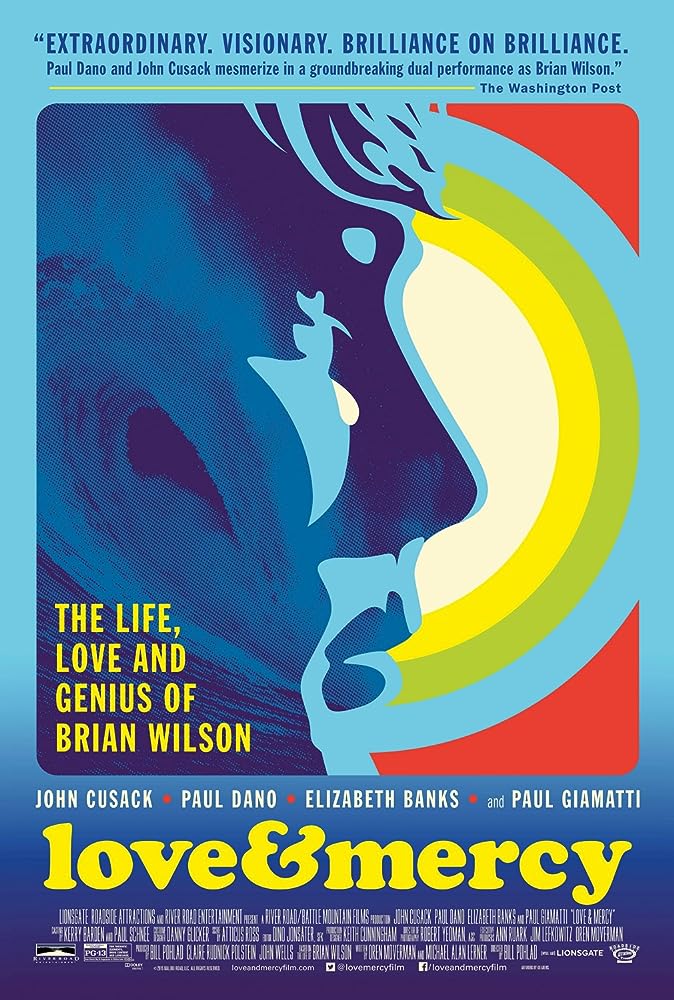