Peter Berg(“Battleship”/”Hancock”/”The Kingdom”) writes and directs this intense and brutal survival war story, that’s based on a true incident in 2005, of a botched Navy SEAL mission in Afghanistan that resulted in 19 dead Americans and the sole survivor, ex-SEAL Marcus Luttrel (Mark Wahlberg, at 42 plays the 29-year-old). The Texas native survivor, Luttrel, wrote the book “Lone Survivor: An Eyewitness Account of Operation Redwing and the Lost Heroes of SEAL Team 10” with Patrick Robinson, in which the pic is based on. It compares well to Black Hawk Down.

The apolitical thriller offers no opinion about the war and why America is there, and instead concentrates solely on a group of gung-ho special ops troops involved in a fierce gun battle on a rugged mountain top with the Taliban. The War is Hell film, even though apolitical and pro-military, raises the question if America’s heavy blood sacrifices are worth it for such an unwinnable and hard to define war.

Berg shows the rigorous training and macho warrior spirit of the elite SEALs and their family-like camaraderie, and then tells how in June of 2005 four SEALs parachute in at night by helicopter into the Taliban-held rugged mountains from which the men view a village where Taliban leader Ahmed Shahd (Yousuf Azami), someone who allegedly killed 20 Marines the week before, and his small army are headquartered. The mission to locate the Taliban leader is assigned by unit leader Lt. Cmdr. Erik Kristensen (Eric Bana) to the team of Lt. Mike Murphy (Taylor Kitsch), Petty Officer 1st Class Marcus Luttrell and Petty Officers 2nd Class Danny Dietz (Emile Hirsch) and Matt Axelson (Ben Foster). Radio communication is not always reliable in that terrain, which is one of the many dangers in the mission. The next morning the mission is compromised by three local shepherds who spot them, and commander Murphy makes the wrong decision and frees them instead of leaving them bound in the mountain, because he fears what CNN would say about harming innocent civilians. When radio communications fail to get through to Bagram headquarters to get air-power support, the SEALs get into a bloody fight with the heavily armed Taliban and on Murphy’s heroic attempt to climb the mountain and be visible as he makes another attempt to get through to base on an insecure line and leaves a message where the men are. In a hurry to reach their stranded unit, a Chinook helicopter with 16 SEALs aboard is shot down by a rocket launcher, as they rushed to the scene without Blackhawk support.

The third act shows Marcus as the only survivor and that he’s rescued after shot in several places at a water hole by a traditional village, led by Gulab (Ali Suliman), who do so even after it is threatened by the Taliban to turn him over or else. They do the rescue because the traditional custom is take care of a guest, no matter the circumstances. A few days later a rescue team brings home the severely injured Marcus.

The battle scenes are graphic and the mayhem is well-presented. For those who appreciate no-nonsense war films that are mostly action and little talk, this one hits the target. I can admire the bravery of the SEALs, but they were sketchily characterized. 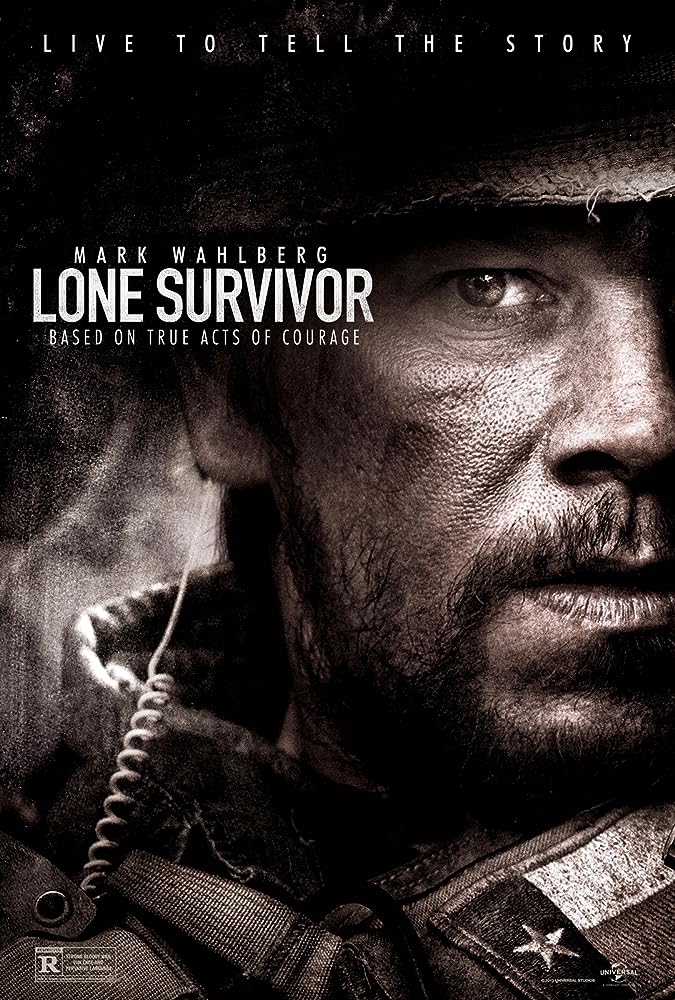