A grim reminder of the horrors faced by the Jews of Lodz in the period beginning in September 1939, when the German army conquered Poland and were greeted as heroes by the many German Poles as they paraded through the town. Six months later on March 16, 1940 all of the city Jews were rounded up and those not killed or imprisoned were kept sealed in a ghetto confined only to Jews. The same thing happened in the provinces and in Prague, as their large population of Jews was sent to Lodz to increase their slave labor force. The population of the Lodz ghetto reached 200,000, as the Nazis were stationed there for almost the entire duration of WWII to enforce their barbarism. Through photographs (over 1,000 still photos actually taken by ghetto residents), documents and newsreel footage, the story of this mass suffering is told. The voices are provided by actors reading from historical diaries, memoirs and journals. It tells of starvation, the de-humanization of the ghetto population and how many of them were carted away to concentration camps; only 800 survived after the war–they were those who resisted transport and refused to follow orders.

This chilling documentary by Kathryn Taverna and Alan Adelson serves as a monumental record of what it was like living in such a hell. We need records like this as reminders of the sins from the past and to make sure future generations are not fooled by bigots who still proclaim themselves as Holocaust deniers. It’s a moving and powerful film that gives voice to those who experienced such brutality. 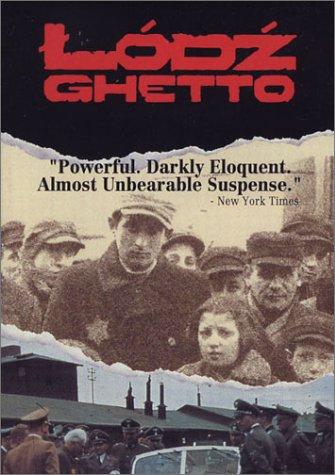