LIVING GHOST, THE (aka: A WALKING NIGHTMARE)

Plays like a Charlie Chan reject. William Beaudine (“Phantom Killer”/”Leave It to the Irish”/”The Ape Man”) directs this Haunted House thriller that’s filled with wall-to-wall lame comedy and a feeble mystery story that seems on life support. It’s taken from a story by Howard Dimsdale and written by Joseph Hoffman.

When the police can’t solve the disappearance of wealthy financier Walter Craig, family friend Ed Moline (Paul McVey) persuades eccentric private eye Nick Trayne to come out of retirement and find the tycoon. Nick plants himself in Walter’s house and meets all the family members and hangers-on: the ever-present sinister looking butler Cedric (Norman Willis), who didn’t do it; Walter’s chilly second wife of only three years, Helen (Edna Johnson); his hostile daughter Tina (Jan Wiley), who hates her stepmother; Tina’s repugnant fiancé Arthur Wallace (Howard Banks); Walter’s nutty occultist sister Delia Phillips (Minerva Urecal) and her failure of a husband George (J. Arthur Young); as well as Walter’s friend and former partner, who retired because of a weak heart, Tony Weldon (George Eldridge) and was allowed to crash on the estate grounds for free. Also living in the house is Walter’s perky secretary Billie Hilton (Joan Woodbury), because the boss works out of his house. She assists Nick in his work and has to fend off the roly-poly dick’s romantic interest.

Before you know it, the missing Walter turns up as a zombie sitting in a chair in one of the rooms in his house. Dr. Bruhling (Lawrence Grant), a brain specialist, says a portion of the brain cells in Walter’s cerebral cortex have been temporarily paralyzed on purpose by the misuse of an anesthesiologist’s machine and that Walter can walk and even do violent acts but is not conscious of what he’s doing. When Walter kills one of the house guests and later tries unsuccessfully to kill Nick, it becomes apparent he’s being controlled by some party for nefarious purposes and it’s up to Nick to find out who is doing this to Walter and why.

The far-fetched gimmicky crime and the obnoxious sharp-tongued Nick smugly wise cracking throughout, never won me over; since he’s in almost every scene, if you don’t like him chances are good you won’t like the pic. 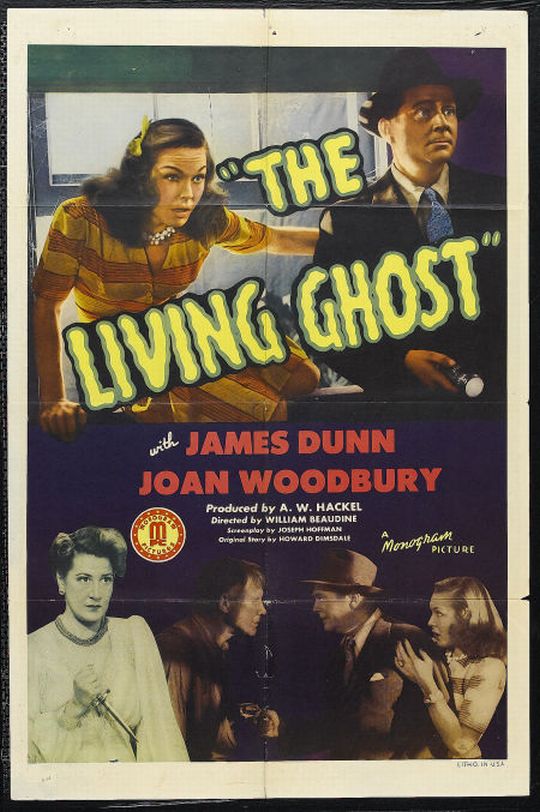