A remarkable indy classic, made on a shoestring budget by a group of still photographers. It’s an affecting lyrical comedy-drama that fully captures the flavor of urban childhood innocence of the 1950s. It’s written/directed by the team of Morris Engel and Ray Ashley and Ruth Orkin. The Little Fugitive was added to the Library of Congress National Film Registry in 1997. It won the Silver Bear Award at the 1953 Venice Film Festival. Francois Truffault credits Engel’s Little Fugitive, a minimalist b/w filmed story told in a simple naturalistic manner, as being a major influence for the French New Wave films. The film’s inventive use of handheld cameras (35mm) and its disjointed editing techniques establish a documentary-like edge perfectly attuned to its honest treatment of childhood astonishment and anxiety. But the film’s greatest strength is the unforgettable performance Richie Andrusco gives as he charmingly plays the 7-year-old runaway Joey Norton, who innocently wanders alone in crowded Coney Island for a day and a half.

When the widowed Mrs. Norton, a Brooklynite in a working class area, learns her mother is ill by a long-distance phone call, she tells her 12-year-old son Lennie that he will have to baby-sit his younger brother Joey and not go with his two friends to Coney Island as promised. Childishly upset over this disappointment, Lennie and his friends Charley and Harry pull a mean-spirited trick on Joey. Harry has Joey fire a rifle and Lennie pretends he was shot dead, even smearing ketchup over his polo shirt. Harry then tells Joey that he killed his brother and gives him Lennie’s birthday gift of a harmonica to convince him his brother is dead. He also tells Joey to go on the lam for awhile and watch out for policemen. Joey dressed in a polo shirt and wearing a gun strap with a cap pistol, returns to the apartment and takes the $6 his mother left for shopping expenses and climbs down the fire escape of the apartment building to flee the neighborhood. He gets on the elevated BMT subway and gets off at the last stop of Coney Island.

The focus of the movie is on watching the frightened youngster land in such a children’s fantasy spot and roam around with wide-open eyes, as the the ever-observant camera focuses on his adventures. Joey uses the money to go on the merry-go-round, ride the Steeplechase, hit the thrown balls in the batting cage, take a photograph as a cowboy and throw the ball in the knockdown game to win a prize. Joey loads up on soda pop, cotton candy, Nathan’s hot dogs, watermelon, and corn-on-the-cob. When he spots the pony ride, his favorite, he has run out of money. But soon learns from another youngster that you can collect empty soda bottles on the beach and return them for a deposit. With that money he becomes a regular on the pony ride, as the kind-hearted worker takes a liking to him and teaches the cowboy loving child how to ride.

The dialogue was sparse, the story was unambitious, the film lacked drama, the children were very ordinary and their problem was only a minor one, nevertheless this beautifully realized film caught the world through the innocent eyes of a curious and scared child and left an impression that was hard to shake. It was uplifting to watch because the effort was so genuine. The Lester Troeb harmonica music in the background made it feel like a cowboy adventure as it sets a wonderfully lighthearted mood. I felt so much better for seeing it, and it also induced me to reflect back on an age when American big cities were more innocent and a child could believably survive such an experience without coming to harm. You can read all you want about how the country has changed, but to see it so clearly as filmed in this magazine-like looking pic makes it all the more astonishing. 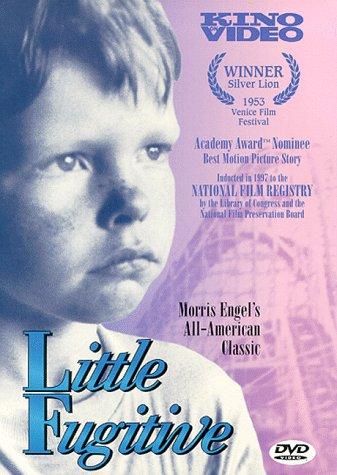