An old-fashioned political drama set in the 1950s about the last campaign of a wily and powerful aging populist Irish mayor, Frank Skeffington (Spencer Tracy), from an unnamed New England town. The mysterious town is supposedly Boston, and the fictionalized biopic is unmistakably based on Boston’s Mayor Curley. John Ford (“The Quiet Man”/”Stagecoach”/”The Searchers”)bases the film on the novel by Edwin O’Connor, and it’s written by Frank Nugent. It pays its respects to the Irish-American contribution to American politics, and gets all sentimental about an old-time political boss who is humanized and viewed as a cherished relic whose time is up but will do anything to win–which means fighting dirty. The usual graft and corruption of the old-time political bosses is glossed over as if it didn’t exist or wasn’t that important. What the pic lacks is energy and a genuine feeling that Ford cared about the Irish-American old-style of politicking, or for that matter if the sixty-something celebrated director cared any more about making movies.

Widower four-term mayor Frank Skeffington is saddled with a worthless jazz-loving playboy son (Arthur Walsh). So he bonds with his earnest young married nephew Adam Caulfield (Jeffrey Hunter), who writes a popular sports column for a local newspaper and is asked by his blue-blood publisher Amos Force (John Carradine) to cover Skeffington’s final bid for office.Force detestsSkeffington because the mayor’s immigrant mother was fired for stealing left-over food when a maid in the home of Force’s father and for being a pushy upstart who rose to a position he believes too high for him. Force backs the unimpressive novice rival Kevin McCluskey (Charles Fitzsimmons). When the dull McCluskey wins in a surprising landslide, it leads to the smooth-tongued Skeffington’s long unrepentant death scene.

The film did poorly at the box office and received mixed reviews. But it was still a Ford film and had enough clout to be enjoyable as crowd-pleasing nostalgia, even if not one of Ford’s better films. 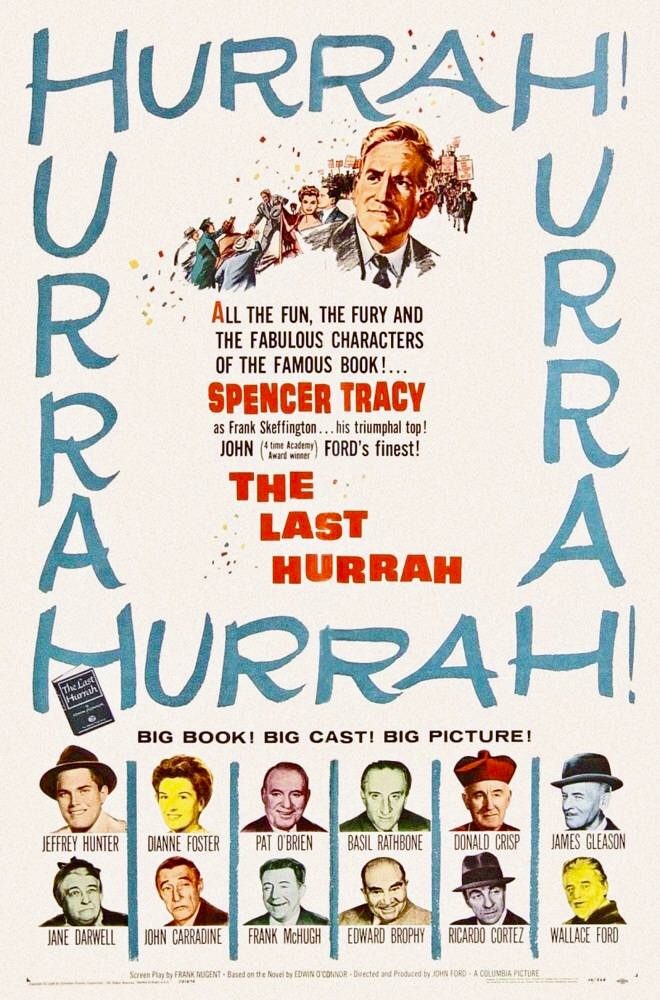