One of the most popular and best received crime films ever; a seminal gangster film that began the craze for such exciting looks at violent underground figures, though it was not the first crime film made–that honor goes to the 1912 D.W. Griffith film The Musketeers of Pig Alley, while the first crime talkie film honor goes to the crude 1928 Lights of New York directed by Bryan Foy–it also was from Warner Brothers.

The film’s low-budget and the lack of technological skills available at the time — is made up for by the rich acting of Robinson, the mesmerizing story, and the stunning black-and-white cinematography provided by Tony Gaudio. Writers Francis Faragoh and Robert N. Lee based the film on the novel by W. R. Burnett.

“Little Caesar” was the film that defined Edward G. Robinson’s acting career. His role as a small-time vain and vicious hood who wants to “be somebody,” became a legendary role in film history. Robinson’s Little Caesar character is supposedly modeled after Al Capone. Mervyn LeRoy’s pic about the rise and fall of this violent gangster is a fast-paced vivid portrayal of the hood, and though outdated still remains of interest today for both historical reasons and that it’s still entertaining.

The film opens with a quote from Matthew: “For all of them that take the sword shall perish by the sword.” The next shot has Rico (Edward G. Robinson) and his nervous pal Joe Massara (Douglas Fairbanks, Jr.) chowing down on spaghetti and coffee in a small-town diner after pulling a penny-ante stickup of a gas station. The ambitious Rico brags “When I get in a tight spot, I shoot my way out of it, why sure. Shoot first and argue afterwards. You know, this game ain’t for guys that’s soft.” Rico aims to emulate his big-time gangster hero Diamond Pete Montana (dressed in style and wearing an ornate diamond pinkie ring) and be revered and famous like the crime boss. The big talking little ruffian talks the reluctant Joe into moving to the city with him, despite his partner saying his ambition is to be a dancer and gigolo and retire from a life of crime.

In the city Rico talks his way into joining with Joe the gang of Sam Vettori, the owner of the Palermo Club, and is named by the boss Little Caesar for his braggadocio. In a heist of the gangster Little Arnie Lorch’s Bronze Peacock gambling club and nightclub (where Joe was hired to be a dancer by the manager DeVoss), Rico knocks off the feared police commissioner McClure who was in attendance. The gang escapes with the dough, but the driver Tony Passa goes soft and is on his way to confess to a priest–when Rico knocks him off at the steps of the church. Then the gang throws him a first-class funeral fit for a king. Meanwhile, Joe falls in love with hoofer Olga Strassoff (Glenda Farrell) his professional dancing partner and tries to tell her he just can’t quit the gang. When the cops under Sergeant Flaherty start putting the heat on Sam and he begins turning soft, the gang agrees that Rico should be their leader. Still ambitious–Rico meets the big boss, Big Boy (Sidney Blackmer), a wealthy tycoon who pulls the strings from behind the scene, and is given Diamond Pete’s lucrative north side of the town. But Rico’s ambitions are still not quenched, as he wishes to take the place of Big Boy and run the entire city syndicate. But before that can materialize, the insanely jealous Rico has to deal with his best pal Joe who wants to quit the mob to be a dancer — which is astonishing to Rico, who calls him a “sissy.” Rico warns Joe that no one quits my gang and stays alive. But Rico goes soft for his friend just before he’s about to kill Joe and Olga, and lets them off the hook. This results in Joe ratting him out to the cops as the one who killed the police commissioner. After going on the lam for months, Rico is cornered in an alley by Flaherty and is gunned down. Before he kicks the bucket he utters with his dying breath ” Mother of God, is this the end of Rico?” 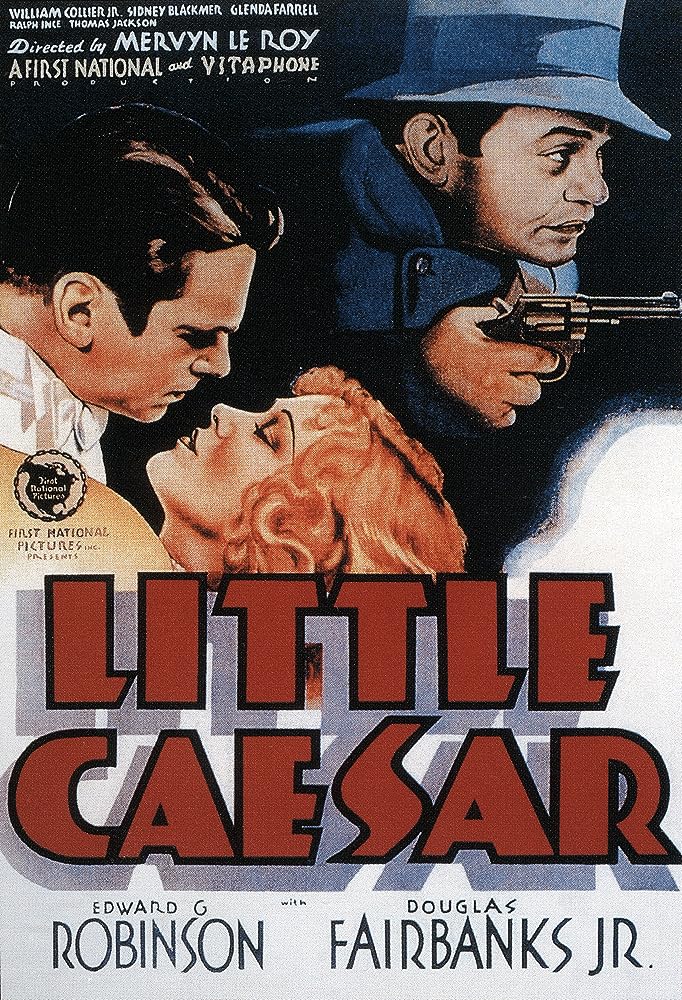