“The title refers to bales of pot that anyone could pick up for free after the smugglers toss it from a boat or plane when pursued by the law.”

Documentarian Billy Corben (“Cocaine Cowboys”/”Limelight”/”Raw Deal: A Question Of Consent”)tells three tales of big-time non-violent marijuana smuggling in South Florida during the 1970s. Corben tries to present the smugglers, who made millions from their illegal operation until put out of business when arrested and imprisoned, as martyrs of the War on Drugs. But the smugglers come across as a bunch of unsympathetic whiners, who are full of self-justification for their illegal business activities and just seem like greedy sorts. The title refers to bales of pot that anyone could pick up for free after the smugglers toss it from a boat or plane when pursued by the law.

The film has three chapters. The first part tells of white American hippie members of the Ethiopian Zion Coptic Church, living in a mansion on Star Island (near Miami) that serves as their church, who smoke herb as part of their religious practice and who have formed an alliance with black Coptic Christian Jamaicans to buy their ganja and smuggle it into the South Florida coastline.Their charismatic chief spokesman, the 6 foot 7 Brother Louv, preaches about the benefits of marijuana and how both the Bible and George Washington thought it was necessary for the herb to be available to everyone.After a video showing their children smoking ganja, the FBI raided their place and they were sent to prison for smuggling.

Part 2 tells of transplanted middle-class Philadelphia legit businessmen, Robert Platshorn and Robert Meinster, living in Miami Beach, who used yachts to engage in a highly profitable pot smuggling operation as middle men. They were dubbed by the press the Black Tuna Gang. The two leaders got caught laundering money in the Miami banks and received stiff sentences of over twenty years (the most ever in the States for a marijuana conviction) and cried foul that they were framed by prison snitches, who accused them of attempting to execute the judge.

Part 3 tells of how a remote small town of only 600 residents, Everglades City, went from commercial fishing to many of the locals using their fishing boats to smuggle pot. They were caught in a DEA sting after calling attention to themselves by blabbing to a Miami newspaper reporter and having people talk openly about their sudden change in lifestyle to fancy new cars and big houses because of their smuggling. The lesson learned by the rednecks is never to trust outsiders.

Corben is uncritical of the smugglers but critical of the harsh drug laws, and weighs in as being sympathetic with those who break an unjust law. Though the smugglers are hardly convincing as activist fighting to change the drug laws, these outwardly colorful characters, a cult religious group, business pitchmen and redneck fishing men, inwardly seem as dull as your average Joe bland American (except for the outlandish hippie puritan cult members, who only differ from the right-wing over their use of ganja). The gist of the film consisted of archive footage of news reports from TV over the drug busts and unappealing interviews with the self-righteous smugglers, which tended to make their adventurous tales far more dull than it should have been. 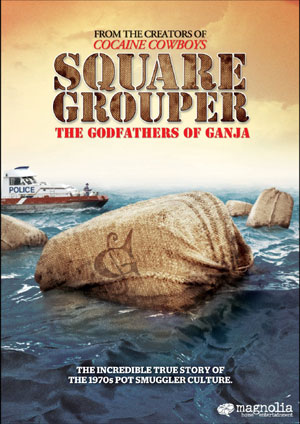