The black and white film was made by Fritz Lang (“Fury”/”Clash by Night”/”M”) in France after leaving Germany and before his start of a new career in Hollywood. It’s based on the bittersweet fantasy Hungarian play by Franz Molnár and cowritten by Robert Liebmann and Lang. It was filmed earlier in the inadequate 1930 Frank Borzage version. Rodgers & Hammerstein later transformed it into the hit sugary musical “Carousel.”

Charles Boyer plays Liliom. He’s the cocky womanizing ne’er-do-well carnival barker, who runs the carousel at the Hippo-Palace. When he flirts with chambermaid Julie (Madeleine Ozerary), his jealous boss lady Mme. Muskat (Florelle) gets in a tiff with him and he leaves with Julie. Trying to be domesticated with Julie doesn’t suit his hooligan temperament, and while she offers unconditional love he responds with verbal and physical abuse. But he’s thrilled to learn that Julie is due to give birth in six months, and decides not to accept his boss’s pleas for him to return to the carousel. Instead the impoverished Liliom plans to support his baby by committing a robbery, as he is talked into the daring robbery and murder plot in the park of a wealthy man by his criminal friend Alfred (Pierre Alcover). When the robbery is foiled, Liliom kills himself with his landlady’s kitchen knife and on his deathbed utters “I’m a rotten bastard” speech to a pensive Julie.

In the film’s most inventive scene, Liliom is transported to heaven by two dark angels and is interviewed by a celestial commissioner of police (Henri Richard) who is similar to the bureaucrat he dealt with on earth. When questioned why he was such a bad husband to his deferential and long-suffering wife, the prideful man can’t answer. He’s sentenced to burn for 16 years in purgatory and will be allowed then to return for only one day to see his child, and then await further sentence. The purgatory scenes are not shown, but his one day return finds that he’s still filled with pride and fury as he unsuccessfully engages his daughter (Ozeray also) in conversation. The lesson learned is that one must love the carnival barker, who considers himself to be an “artist,” the way he is. His wife exclaims to her daughter that someone can hit you without hurting you (which serves as an apology for accepting hubbies physical abuse as a form of love).

It moves heavily through the Earth and Heavenly scenes as nothing more special (except for Lang’s trade-mark touches railing against the justice system) than lightweight folklore played for sport. But Boyer makes for a fine lovable louse, giving the film gusto. 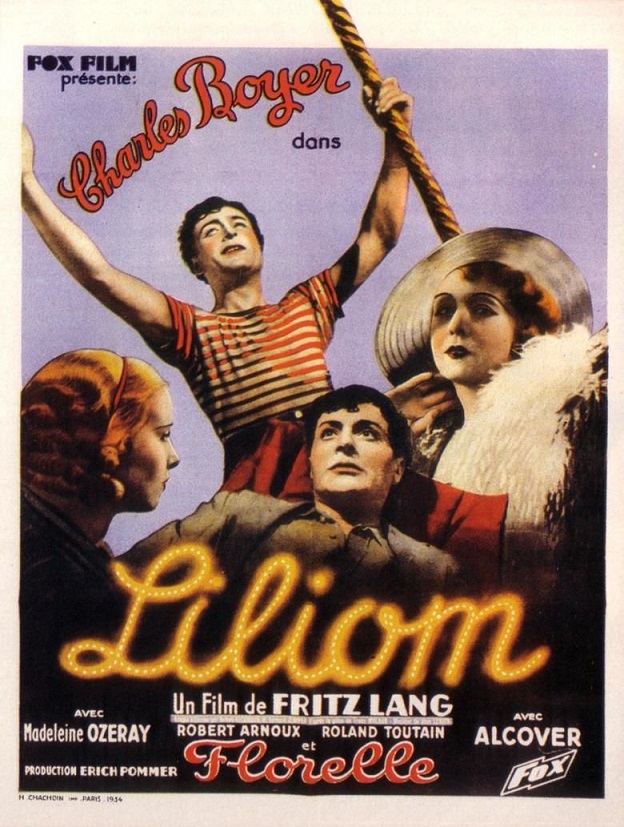