A lightweight relationship comedy on VOD. It’s set in an unnamed city, somewhere in Southern California (it was shot in L.A.). First-time movie director Susana Fogel and longtime TV director, co-writes with Joni Lefkowitz. The ladies keep it as a breezy and somewhat promising insightful BBF women’s flick.

It tells of the friendship between two 29 aged single ladies, Sasha (Leighton Meester) and Paige (Gillian Jacobs). The ongoing happy platonic relationship from their youth is being challenged after their careers having taken different turns. On a downward cycle is the lesbian musician turned day-job secretary, Sasha, who hates her job and dates girls who still live at home with their mommies. Meanwhile upwardly mobile straight girl, environmental lawyer Paige, is beginning to emerge from her stunted conventional life and has outgrown her longtime friend. Their co-dependent relationship undergoes a severe change in dynamics when the T-shirt wearing movie buff and nerdy dermatologist, Tim (Adam Brody), an Internet date, begins a romance with Paige and becomes the center point of her life.Sasha’s attempt at an Internet date, on the same night, with the curt Trace (Kate McKinnon), is the funny highlight of the film even if the date is a disaster.

The chatty film delves into the different realities the girls live by and how they have matured from their past larks, such as staging fake ‘road rage’ confrontations, together watching “Top Model” and binging on cheap wine. What they liked best about their friendship was that they always had someone watching their back and that it made them feel good about themselves to have someone to confide in that they trusted.

It’s the kind of safe sitcom romantic comedy I would expect on mainstream TV. 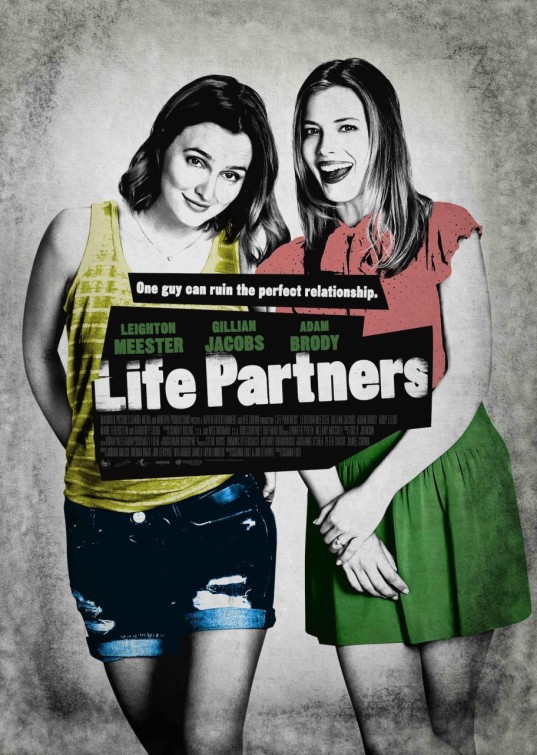