“The title says it all.”

The title says it all. “Bikini Bloodbath” is an in your face ‘fuck who cares’ if we make fools of ourselves campy satire on the 1980s slasher films. It’s a shoestring budget indie that’s a straight-to-video release. It takes a stab at ripping exploitative blood-splatter films that are in themselves too whacked-out to be ripped any further. The plotless and silly juvenile sex comedy, filled with sight gags, has an energetic cast seemingly having fun goofing around with this outlandish material. Unfortunately that fun didn’t transfer to this viewer.

It features Debbie Rochon as Miss Johnson, the perverse lesbian high school gym coach who pines for the minors in her charge. Her class of bikini-clad female volleyball players, who love showing off their titties in the shower, being airheads, talking smutty and picking on Nerdy Suzy (Sheri Toczko) because she smells, are having a slumber party for the in-crowd organized by their star volleyball player Jenny (Leah Ford). It comes as no surprise that outsider Nerdy Suzy is not invited. At the party, the bikini-clad girls jump into a hot tub nursing girlie drinks and blab about boys while their counterparts, a bunch of overweight high school boys (who look like men in their thirties), clad in T-shirts saying ‘football player’ across the front have their own stag party. Most of the boys have a blast grabbing each other’s asses, as they do dance routines and huddle up together in football formations. The two who don’t appreciate the grab ass, venture over to the slumber party to ogle the girls. In the meantime there’s a psychopathic chef (Robert Cosgrove Jr.) on the loose wearing a chef’s hat and using a meat cleaver to slice up a healthy number of players from each group including Mr. Robinson (Phil Hall), the lecherous neighbor of Nerdy Suzy, and a dude getting a blowjob from one of the bikini-clad girls in his car.

This deliberately grating and cheesy splatter-fest comedy might find its true audience with those who survived the serial-killer chef’s bloodbath and can laugh about it. 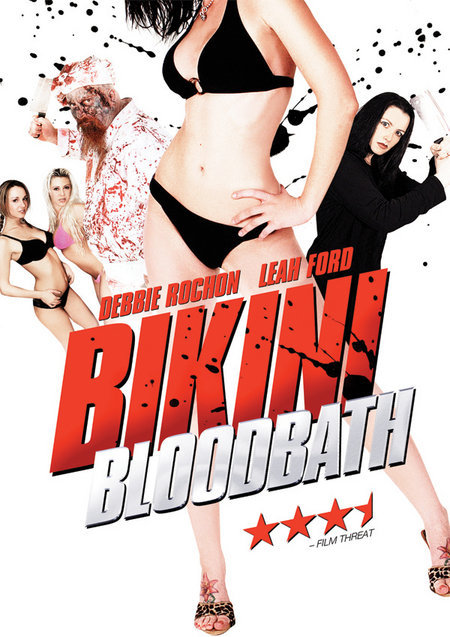 PASSION OF THE CHRIST, THE