THE LIFE OF THE PARTY

Arbuckle is the insecure rookie lawyer trying to impress everyone he’s a big-time lawyer. When the socialite activist for the poor, the chairman for the Better Babies League, Winifred Greenwood, decides to fight the powerful Milk Trust because of its profiteering, she hires Roscoe Arbuckle to take on the Milk Trust. Despite already taking a $5,000 retainer from the Milk Trust, Fatty takes the case when he eyes the attractive Viora Daniel with the League chairman. When Fatty defends the cause in court, the League enlists him to run as the reform mayor against the unscrupulous Judge (Frank Campeau). The Judge is bought off by the Milk Trust. He’s also, unknown to Fatty, engaged to Viora. The Judge is the establishment’s choice to be the next mayor.

While attending a costume party, whereby the adults dress as children, given by the League chairperson, the lawyer is mugged walking home after the party during a snowstorm and loses his overcoat. But this works out to his benefit, as the Judge and his cohorts were setting a trap for the lawyer when he returned to his apartment by having a hooker (Julia Faye) waiting there to be photographed.

It concludes with Fatty winning the election, milk prices going down and the Lawyer marrying Viora.

The film was released before the infamous scandal that unfairly ruined Arbuckle’s career. 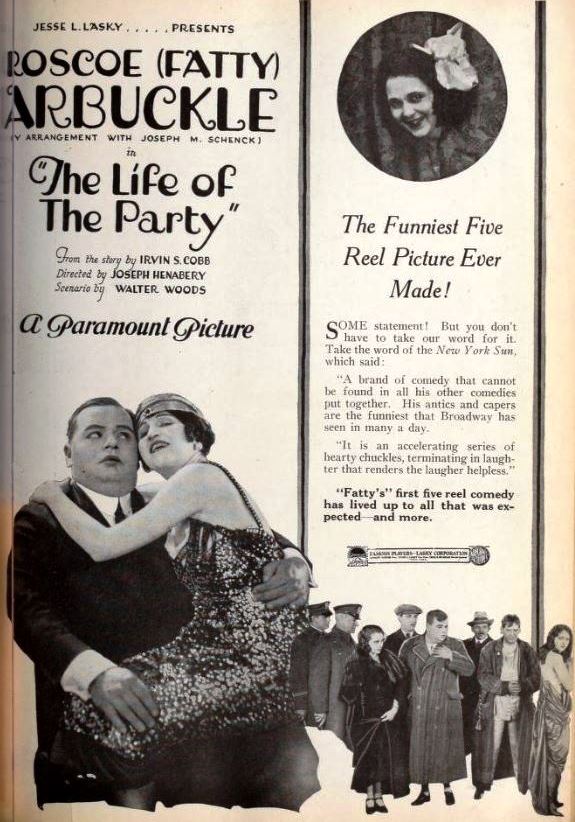