“From a director at the peak of his power.”

Paul Thomas Anderson (“There Will Be Blood”/”Magnolia”/”Punch-Drunk Love”)directs and writes a puzzling and astonishing film about a father and son/guru and disciple relationship. The guru is inspired and loosely based on L. Ron Hubbard, founder of the Church Of Scientology. It’s about the attempt of the guru to invent a new religion and the strange and eerie relationship between a lowly but volatile drifter and the haughty self-proclaimed prophet. The mentally troubled self-destructive Navy war veteran, Freddie Quell (Joaquin Phoenix), who after his service discharge receives psychological treatment at the VA for not recovering from his war experience. He later loses his department store portrait photographer’s job because of odd behavior, becomes an alcoholic (makes his own moonshine with paint thinner) and travels across the country as a drifter. Freddie is unable because of his erratic behavior to even hold a job with migrant farm workers in a California cabbage field. When caught as a stowaway on the boat of Lancaster Dodd (Philip Seymour Hoffman), docked in the San Francisco harbor, Freddie grudgingly becomes a cult follower of the hubris-filled charlatan-like cult leader, who wrote a book called The Cause that claims to treat those from “past trauma” if they follow his advice and allow their mind to be a blank free of all memories. Freddie is encouraged to accept the popular author’s free advice, free meals and free living quarters, and the loser drifter is used by the guru to test out his outlandish theories on such a subject still not mentally stable. Lancaster is the smoothie snake charmer busy writing another book, channeling his followers, raising money from wealthy supporters (like Laura Dern), and organizing a new agnostic cult based on his quirky thoughts in thepost World War II period. The cult’s pseudo religious techniques are tailor-made for those who need encouragement from inspirational speakers on how to be a success and who are like the drifter willing to try anything to make their life more bearable. The guru tries to take Freddie under his wing with his soft words of comfort and theoretical philosophy; but the drifter, whatever his faults, is too sincere and the rogue convert never quite believes the spiritual guru and eventually finds his own way in the world as a drifter.

It’s a plot-less, minimalist and unsettling film that offers no resolution, but is a fascinating character study of two strikingly different characters with psychological issues who have their own views of the world and their own reactions to how events affect them.

It’s a telling story about how there will always be frauds around to manipulate the vulnerable masses. It’s from a director at the peak of his power, who is willing to take on serious topics and do it in a uniquely intelligent way. It perceptively tells of how the frauds can make it in the world and how they use the weakness of another to gain power over them. The performances by Philip Seymour Hoffman and Joaquin Phoenix are masterful, making this epic seem more like a small indie pic telling about an intimate portrayal of wounded psyches on different paths. It’s a film that, perhaps, can’t be fully absorbed in just one sitting, as there are too many unsettling things to look further into. But the more I think about it, the more I think it’s probably a masterpiece. 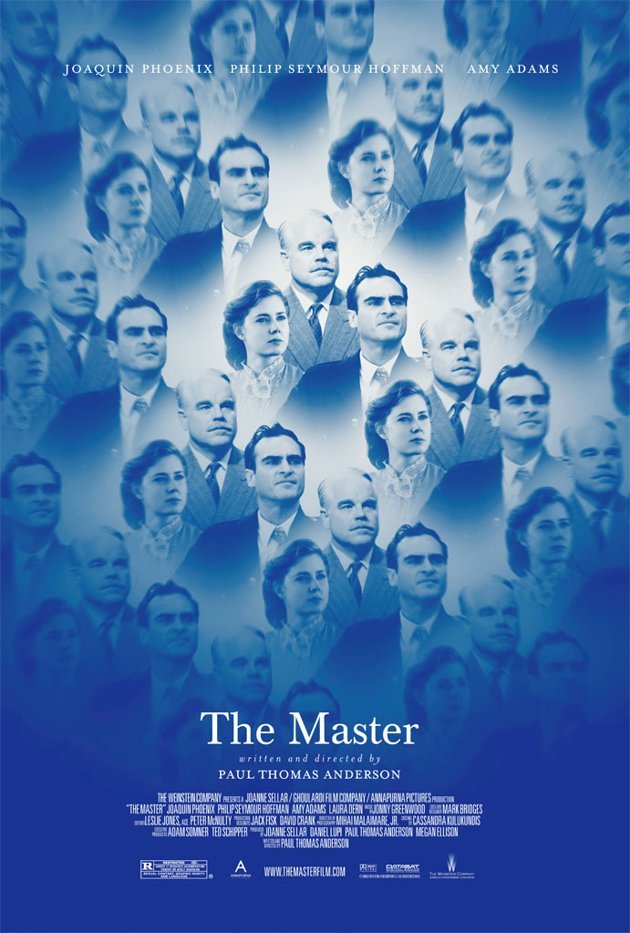