A genial feel-good musical comedy from Zaire, that’s co-directed by a Zairian (Ngangura Mweze) and a Belgian (Benoit Lamy).

It has a humble village traditional musician named Kourou (Papa Wemba, musical star in Zaire) trek to the big city of Kinshasha, Zaire’s capital, to break into radio and TV. Kourou gets work as a houseboy for Mamou (Landu Nzunzimbu Matshia), whose husband Nvouandou (Kanku Kasongo) owns a nightclub. The singer falls in love with the pretty Kabibi (Bibi Krubwa), who gives him money to start his own band. But Kabibi’s mother (Mazaza Mukoko) won’t let her marry a musician and insists she marry the wealthy Nvouandou, who rides around in a Mercedes. The boss is seeking a second wife because he is childless. Kabibi’s mother locks her up until she obeys.But a witch doctor intervenes and convinces her that a month should pass before the marriage takes place. This gives Kourou and Kabibi a chance to get together again, and leads to the happy ending with the singing of ‘La Vie est belle’ at the nightclub.

Papa Wemba is easy to take in this musical/comical role. The pop musician is an international star, who lives in Paris. The pic present colorful costumes and offers a rare look for the West at life in the former Belgian colony of Zaire (polygamy, mediums, class differences and feminism), but the slight story can only carry it so far. 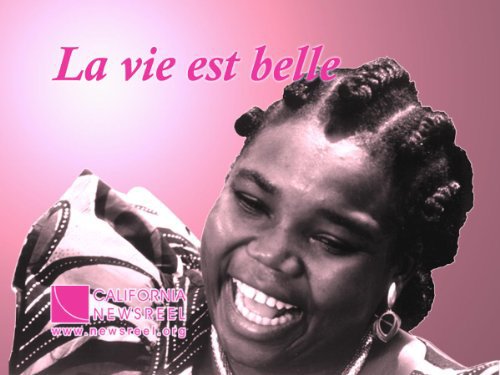