Stuart Rosenberg (“Cool Hand Luke”/”Brubaker”/”The Amityville Horror“) directs this cliche-ridden routine action film. It’s about an unauthorized rescue into a South American country of a kidnapped American during a revolutionary upheaval. The boys do it because the American government offers little help and no hope, and refuses to take action.

Rosenberg was not satisfied with the film and had his name removed from the credits. The studio asked him to do re-shoots with greater screen time for Mark Harmon, who became a TV star on the St. Elsewhere show while the film was being shot. It was written by Sam Fuller, Charles Robert Carner and Mark Feldberg. Fuller was to direct originally, but opted out to direct White Dog. Meanwhile his original script was completely changed.

Michael Schoeffling leads a group of his plumber buddies (Tom Wilson, Glenn Frey, Rick Rossovich) into Colombia to rescue his captive brother (Mark Harmon), who was employed as a pipeline worker. Also held captive by the guerrilla drug dealers is the US Ambassador (Bruce Gray). Gary Busey is the fast-talking, trigger-happy, coke fiend, a car dealer who bankrolls the rescue mission. Robert Duvall is the gung-ho veteran experienced mercenary, the only one who knows how to take down the guerrillas.

The title tells you all you want to know about this film. 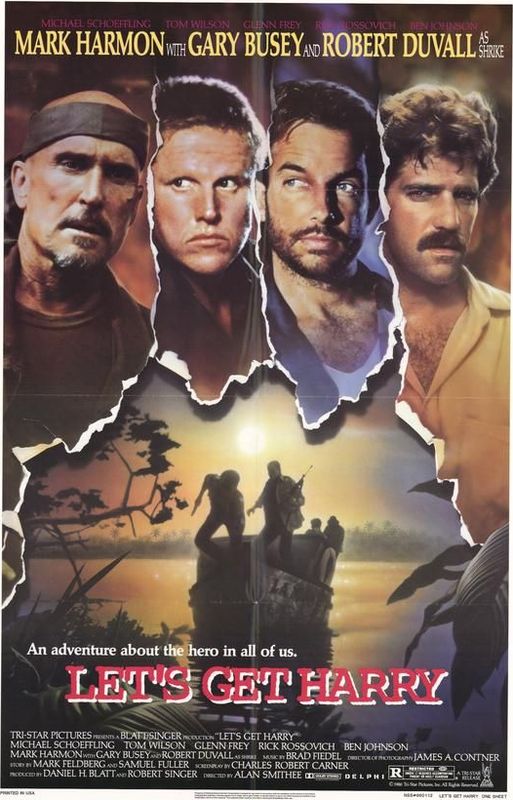