Best noted as the flick where Kevin Bacon and Kyra Sedgwick first met. Pulitzer Prize-winning author Lanford Wilson’s autobiographical play Lemon Sky was brought to television on PBS’ American Playhouse anthology. Veteran TV director Jan Egleson (“The Blue Diner”/”A Shock to the System”/”Billy in the Lowlands”) keeps it stagebound, cramped and uncinematic, as it entirely takes place on a soundstage set. The film is set during the 1950s

Alan (Kevin Bacon) is an 18-year-old college student who after 13 years reunites with his estranged womanizing father Douglas (Tom Atkins), who left his Nebraska mom when he was only 5 to live in San Diego, California, with his new wife Ronnie (Lindsay Crouse). They now have a son Jerry (Casey Affleck) who is 12 1/2 and the youngest is the 8-year-old Jack (Peter MacEwan). Also part of the family are two wards of the state: Penny (Laura White), a serious science student, and the 17-year-old Carol (Kyra Sedgwick), a pill-popping slut dating a rich Catholic Texas oilman.

The presence of Alan changes the family dynamics, as he introduces tensions to the rosy family via his sexual vibes and by turning loose some old family secrets.

Bacon’s character acts as narrator, which he annoyingly does throughout as the film literally stops as he tells us his point of view of either what is happening or might happen. Meanwhile the script touches on heavy post-modern themes such as identity, trust, and family loyalty. The dramatics come to a head in the climax, but it was a drag getting there despite the fairly good acting. 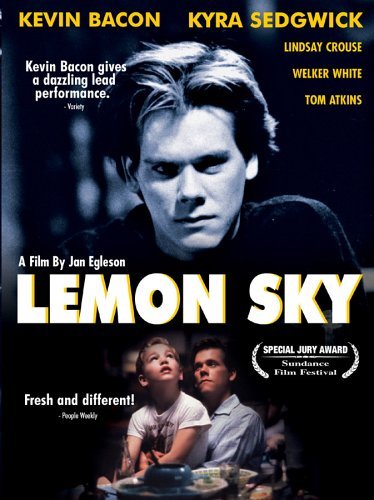