Some car racing fans might find the spectacle of top cars such as Porsches and Ferraris in Grand Prix auto racing circling the track at high speeds to be a gas, but I found this documentary styled thriller excellently photographed in color but as boring as most sports films that are filled with clichés, with an undeveloped story and are dramatically unchallenging. Under the direction of longtime TV director Lee H. Katzin (“The Salzburg Connection”/”What Ever Happened to Aunt Alice?”/”Heaven with a Gun”), the slight story by Harry Kleiner is mostly told through visuals, as the filmmaker concentrates mostly on the racing. But it makes good use of its star performer Steve McQueen’s well-known skills as an amateur racing driver to propel the actioner forward as much as it can without crashing (McQueen did his own driving). Most of the dialogue is either mute, banal or merely the purring of the engines as they race in the famed twenty-four hour quiet countryside’s twisting turns at France’s Le Mans.

American race car driver Michael Delaney (Steve McQueen) returns to competition in his prototype Porsche number 20 (with his German co-driver, Bruno Frohm) a year after an accident leaves him badly injured. Delaney bravely gets ready to face his chief rival in the world famous Le Mans endurance race, the German Erich Stahler (Siegfried Rauch) in Ferrari number 8, and also begins a new romance with Lisa Belgetti (Elga Andersen), the pretty blonde wife of the Swiss driver who died in the same accident that nearly killed him. The excitement is in seeing who will win the race.

The pleasant surprises are that there’s no comic relief sidekick as in most such sports stories, the winner is difficult to guess and lots of detailed racing info is dished out such as the drivers all must wear fireproof underwear. Its highlights are the two major crashes that are well-done. If you’re a racing buff this is a don’t miss film (Who needs a story when all you care about is the racing!), others like myself not in the least bit interested in racing might also find it a bit dizzying going from wire to wire. 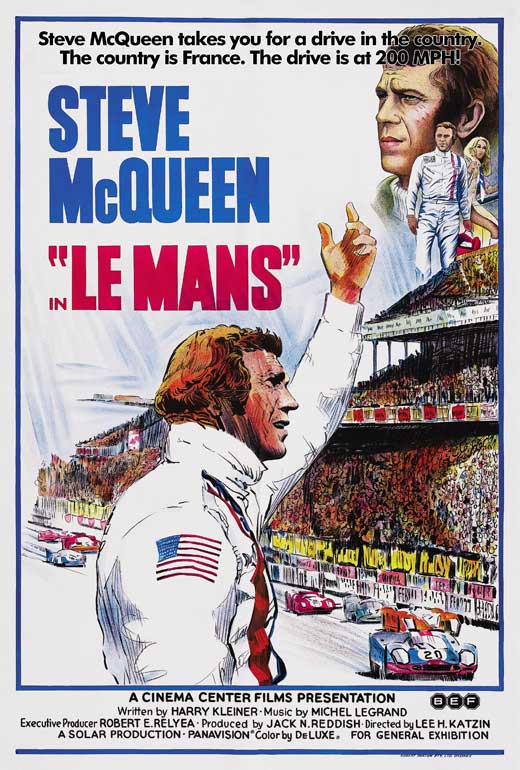