A weak French Foreign Legion tale, set in the Moroccan desert (a French protectorate). Unfortunately it lacks the action needed for such a stirring adventure film. Director Hamilton MacFadden(“Inside the Law”/”Escape by Night”) is the wrong director for such an action film. Writers Sherman L. Lowe and Harry Hoyt keep the screenplay too chatty. The heroic story is by Norman S. Hall. The cheapie production reuses scenes from the silent Under Two Flags.The 20th Marching Company of the French Foreign Legion, led by the embittered Sergeant Garcia (George Rigas), is ambushed in the desert by the insurgent forces of Sheik Ibrahim-Ul-Ahmed (Roy D’Arcy). They thereby lose the machine guns they intended to deliver to the French border outposts. Later the sheik is about to lead a full-scale Arab attack on the French fort El-Hassan, using the machine guns he doesn’t know how to operate. Before the attack Bob Carter (Ralph Forbes), a machine gun expert, rescues from the sheik his captured newly recruited Legion callow younger brother Don (Ben Alexander) and to free his brother must teach them how to operate the weapons. With the help of legionnaires pals Muggsy (Paul Hurst) and Bilgey (James Aubrey), the legionaires turn the machine guns on the Arabs. Only Bob survives, and only because the captured French nightclub singer in the village, Nina (Hala Linda), who has a crush on Bob, escapes and goes for re-enforcements to save the fort from the ensuing attack. 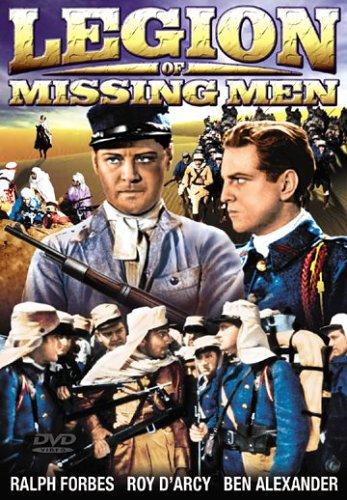