Based on the popular folk song by The Kingston Trio (surprisingly selling over a million copies in 1958) with the catchy lyrics “hang down your head Tom Dooley, hang down your head and cry… “. The song is performed throughout the movie and serves as Stanley Shpetner’s script. Director Ted Post shoots it in black and white and as if it were a made for TV western. It’s predictable but pleasing.

Tom Dooley (Michael Landon) and two other Confederate soldiers from Tennessee, Country Boy (Richard Rust) and Abel (Dee Pollock), venture North and ambush a stagecoach killing two Union soldiers without realizing the Civil War ended. They are now wanted as killers and are set to flee (believing there is no possible way to explain to the northerners that they didn’t know the war ended), but Tom is in the area because he once lived here and promised a girl, Laura (Jo Morrow), he would return after the war and marry her.

Returning for Laura proves fatal for the boys, as a severely wounded Abel dies and Country Boy is captured by Union soldiers while fleeing. Tom elopes with Laura, but Laura’s jealous wannabe boyfriend Charlie Grayson (Jack Hogan) brings Tom back to be hanged. If you know the song, you know exactly what happened. 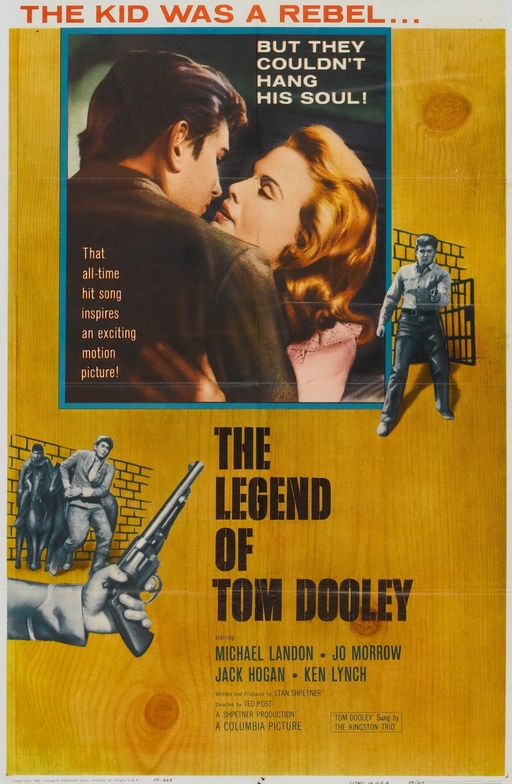