The Legacy is a subtle political film about the failure of voyeuristic outsiders to understand another country’s primitive culture and do more harm than good when they react with shock and interference over a life-threatening situation that would have been handled in a different way in their supposed more civilized country. It’s directed by the Georgian exile father and son team of Temur and Géla Babluani (“13 Tzameti”), in their first collaboration. It’s a unique road movie telling a dark moralistic ethnic tale of a long-lasting blood feud between two village clans with fatal repercussions. The film was a Sundance award winner.

Three French tourists, Jean (Stanislas Merhar), Patricia (Sylvie Testud) and Céline (Olga Legrand), are visiting Tbilisi to check out a ruined castle that Patricia has inherited through her distant great-grandmother. It’s a two-day bus ride in the backwater mountains to reach the castle and they hire the hardpressed to find good work droll interpreter Nikolaï (Pascal Bongard), a French expatriate living in Georgia with his wife, to accompany them. The privileged tourists find themselves on an old battered bus with a drunk, a hustling merchandise selling mute (Augustin Legrand) who is only pretending to be mute for business purposes, a coffin-carrying elderly grandfather (Leo Gaparidze) and his innocent looking college grandson (Giorgi Babluani) as traveling companions. The tourists become intrigued that the empty coffin is brought along because gramps will be killed tomorrow when he reaches his clan’s enemy village in order to settle a long-standing family blood feud of forty years. His death will even the score as four members in each family will then be killed and this will put an end to the feud, which gram-pa thinks is worth sacrificing his life for. But the meddling tourists decide to film the killing with their two expensive video cameras, as Jean explains the act of killing is disgusting but not its filming. Their meddling points out the unwelcomed interference of insensitive foreigners who wish to help the Georgians move from their ancient ways to modern ways but do so without fully understanding or respecting their customs, and such do-gooder responses no matter how well-intentioned usually end in botching things up as their intervention does here by tragically bringing things back to the ongoing eye-for-an eye situation of the feud.

The film is strong on atmosphere, in letting us see the dark side of Georgian life, in seeing how today’s children have to pay for the mistakes made by their parents, in how the symbolic castle handed down as a legacy to outsiders is only a ruin and on its low-key outrage at the foreigners who flex their assumed moral superiority and the power of the euro without offering any real constructive help. By not comprehending how the Georgian new democracy is still in its infancy and how the country is being overtaken by corruption, crime and poverty, the outsiders wasted their money in hiring the tourist guide if their intention was really to see the country as it is and not be judgmental. Instead their sightseeing tour seems much like ones typical tourists experience who never really listen to the natives but love taking pictures of them to showoff their trip when back home.

The film’s bleak look at the legacy handed down to the children of Georgia is underscored by the talented filmmaker Temur handing down to his son Géla the genes (or is it experience?) needed to also become a successful filmmaker, even if it has to be in a new country. 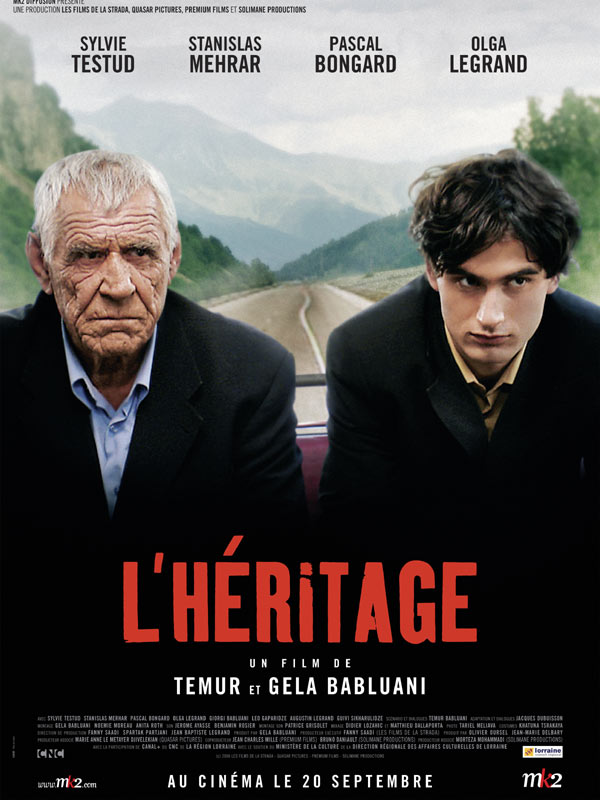