“Gets its thrills by its violence against women.”

A debilitating rock-climbing saga that includes rape and murder as a result of toxic masculinity, that gets its thrills by its violence against women. It’s a female take on the 1963 Cliffhanger with Sylvester Stallone.

Kelly (Brittany Ashworth) and her friend Sophie (Anais Parello) vacation by climbing an Italian mountain range. When Sophie is raped and murdered by sociopath Joshua (Ben Lamb) in his tourist cabin, Kelly witnesses it and films it on her camera. Thereby Josh and three of his vile mates try to coverup the crime and go after the fleeing Kelly. To escape Kelly must climb the face of the 11 thousand foot Dolomite Mountains. But it’s perilous not only for her but also for the bad guys pursuing her.

What keeps her going is the love she has for her rock-climbing coach, Luca (Stefan Knezević), as his disembodied voice guides her to safety.

The story is pointless and unpleasant. But the climbing scenes are masterfully done. 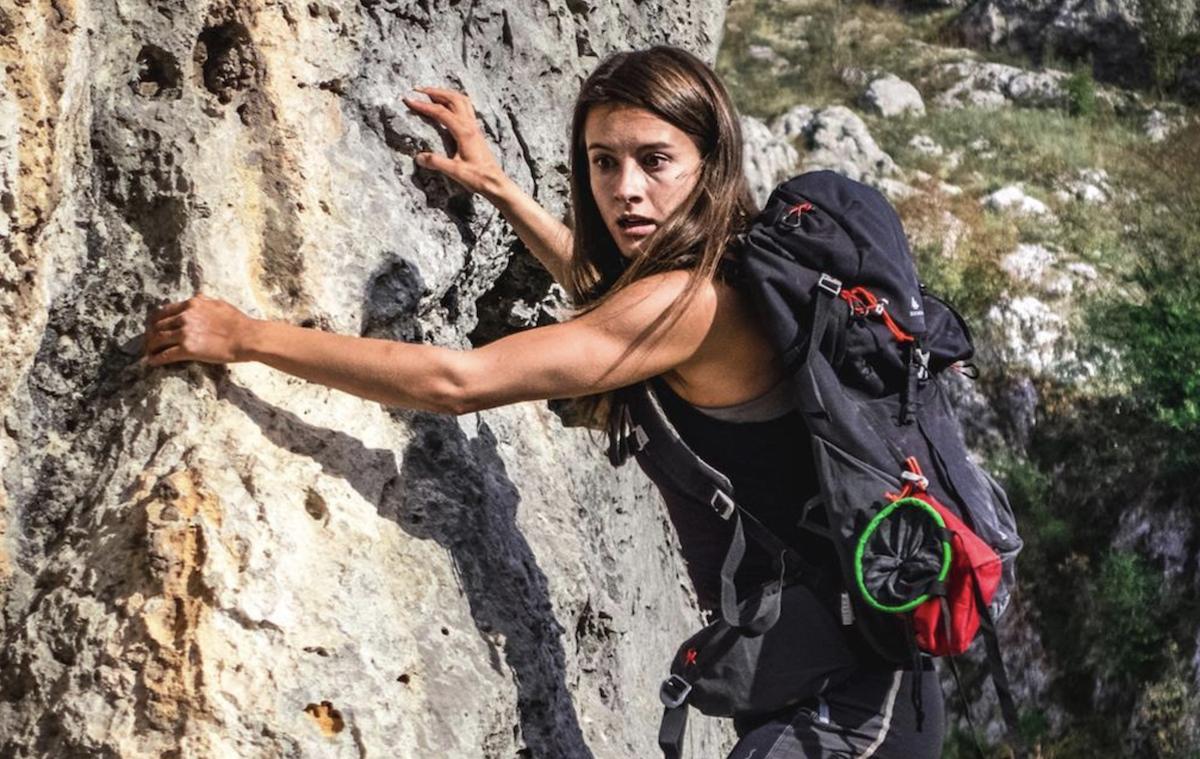