First-time New Wave French filmmaker Alain Cavalier (“Therese”/”Libera Me”/”La Chamade”), much influenced by producer Louis Malle, whom he previously worked for as an assistant, unevenly directs a stilted Jules and Jim type of action drama. This film’s co-star Henri Serre played Jim. The pic follows a twisted rich boy, played with knife-like tension by Jean-Louis Trintignant, who is obsessed with ridding the western world of the demon commies and will eventually put out the fire in his icy marriage that will leave him without love and the discipline needed to be a fascist terrorist.

It’s shot in black and white and becomes increasingly absurd as a allegorical duel between left and right wingers. The leftist leaning pic tries to counter a rash of conservative films that supported the French in their occupation of Algeria.

Angry, domineering and humorless young Parisian businessman Clément Lesser (Jean-Louis Trintignant) is a right-wing political operative married to the beautiful flirty former actress Anne (Romy Schneider), and whose father (Jacques Berlioz) is a prominent industrialist. Brooding over his bored wife’s desire to go clubbing and upset over the break-down of labor negotiations at his father’s factory, proves to be enough of a bother to drive the unstable Clément over-the-edge. The ruthless Clément uses a bazooka to assassinate a liberal Parisian political representative, Louis Terrasse (Maurice Garrel). But he’s disheartened that he was betrayed by fellow extremist Serge (Pierre Asso), that his assignment failed and that his picture is plastered over the Paris newspapers. Thereby the wanted man mistakenly leaves his insecure wife in the country with his childhood friend, the hunky mill-living leftist printer friend Paul (Henri Serre), as he goes off in payback mode to assassinate Serge in Spain with the help of his para-military comrades.

In the meantime, Anne bonds with Paul’s young maid (Diana Lepvrier) and soon falls madly in love with Paul. When the misguided Clément returns from his secret mission and learns his wife plans to leave him for Paul, he challenges Paul to a duel with German pistols.

Intriguing in its own weird way of portraying terrorists as troubled souls who have some kind of perverted sense of loyalty and are so unstable in their personal lives that anything is possible in their violent world. Its weird portrayals of the rival political sides make it a watchable curio, but it’s certainly not an undiscovered masterpiece. 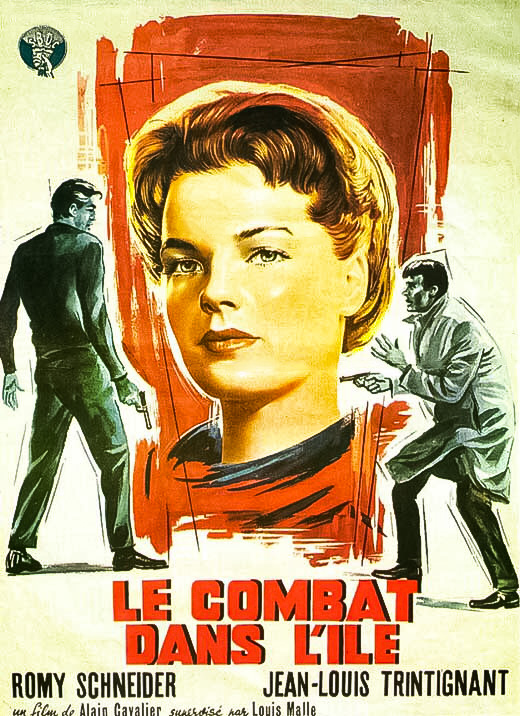