“A decent Hoppy B film about some slick rustlers.“

A decent Hoppy B film about some slick rustlers. It’s vividly directed by Joseph Henabery (“The Quitter”/”Light Fingers”), the actor who played Lincoln in Birth of a Nation. Writers Jo Pagano and Harry Sinclair Drago base it on the 1940 novel Leather Burners by Bliss Lomax.

As soon as Hoppy arrives in the dusty town he suspects the weasel president of the mining company, Dan Slack (Victor Jory), but confounds Johnny and the other ranchers by working for him. When he sends a telegraph to a marshal friend about Slack, he realizes the message was never sent by the telegrapher Lafe (Hal Taliaferro), who is secretly working for Slack. Hoppy becomes determined to find out which of the ranchers is a traitor telling Slack about the cattle shipments rustled. Even though by working for Slack it gets Hoppy in hot water with Sharon and Johnny, things change when Hoppy tricks Lafe into going to the abandoned gold mine in the mountains to speak to his boss. From there on it is only a matter of time before Hoppy finds the secret place in the mine where the rustled cattle are butchered and shipped east for sale, and, he also finds out who is Slack’s mysterious boss. There’s a lot of action in this hour film, from a cattle stampede to gunfights. 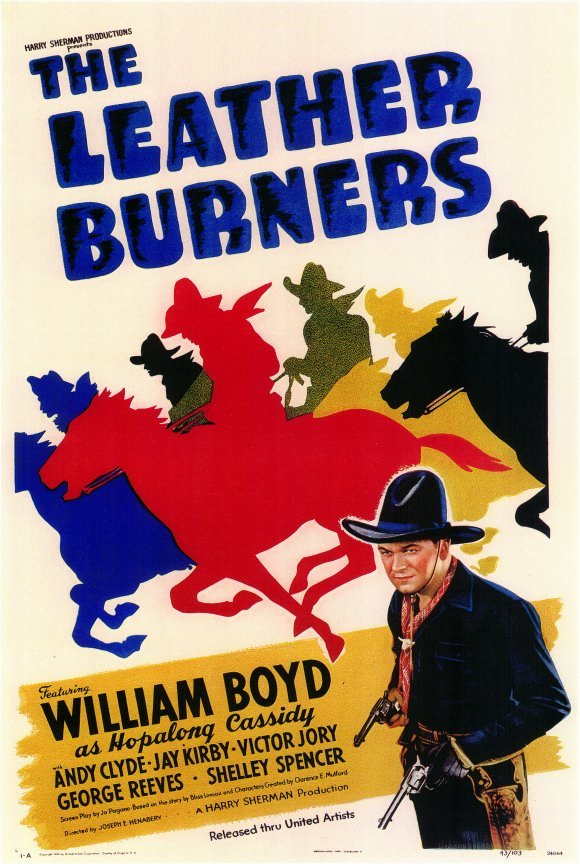