“The League of Gentlemen” is a fine example of old-fashioned English humor: droll and civil. Jack Hawkins is the brusque, control-freak, ex-British Army colonel during WW11 who has read the American novel The Golden Fleece, which gives him the bright idea that he can rob a bank by using some ex-military personnel. He is embittered that he was forced out of the service after twenty-five years and thereby plans this spiteful caper as he carefully chooses a seven-man team of similarly discontented military men, who unlike him have a checkered criminal history which led to them being cashiered out. He gets them to a meeting where he treats them to an expensive lunch and tells them his plans to rob a bank for a million dollars; they are then told that they will all have equal shares.

The film’s strong suit is watching the precision planning that goes into the operation and how all these older blokes exhibit their odd personalities to mesh into a team-operation replete with proper military decorum. Because of their untenable civilian situations, all seven show why it is likely they would participate in this operation.

Nigel Patrick is the ex-major, always a schemer, involved in black market activities in Berlin but also proud to be known as a survivor of Dunkirk. He has fallen on hard times and has lost all his money in a card game. He takes over as second-in-command for this caper. Roger Livesey got bounced from the service for indecent exposure and has now made a career of disguising himself as a religious man, his latest disguise being as a padre. Richard Attenborough is an expert radio operator who now rigs slot machines for the casino owners. He was kicked out of the military because he sold secrets to the Russians for the money, not because he shared their ideals. Norman Bird is an explosive expert who got drunk on his watch and four men under him died because of his negligence in a bomb-disposal operation. He is unhappily shown as a henpecked husband in civilian life. Kieron Moore is an ex-fascist who joined the army but was the odd man out in a criminal investigation, and is having money problems and is currently working as a masseur. Bryan Forbes lives off middle-aged women and is finding his current life unbearably confusing. Terence Alexander is a pianist who has not fared well in peacetime England.

It is determined by Hawkins that they need military supplies for their caper so they impersonate high-ranking army officers and pull a surprise inspection on an army base, while some of them cut the radio wires and show up to do repairs but instead steal gas masks and other supplies they need for their caper. They cleverly speak with Irish accents so that the IRA gets blamed.

The methodical job is pulled off with success. In the midst of tear gas that they explode, they don their gas masks and walk off with the loot. As they meet in Hawkins’ house to divide the loot and celebrate their good fortunes, there’s a surprise waiting for them.

A very watchable caper movie, but with a decided British edge to it which might inhibit some American viewers from enjoying it as much. The lovable rogue characters give the film a spirited uplift, with Hawkins, Patrick, Livesey, and Attenborough being particularly good in their portrayals. What the film lacks is any kind of intensity, it seemed to be too much of a mannered comedy. 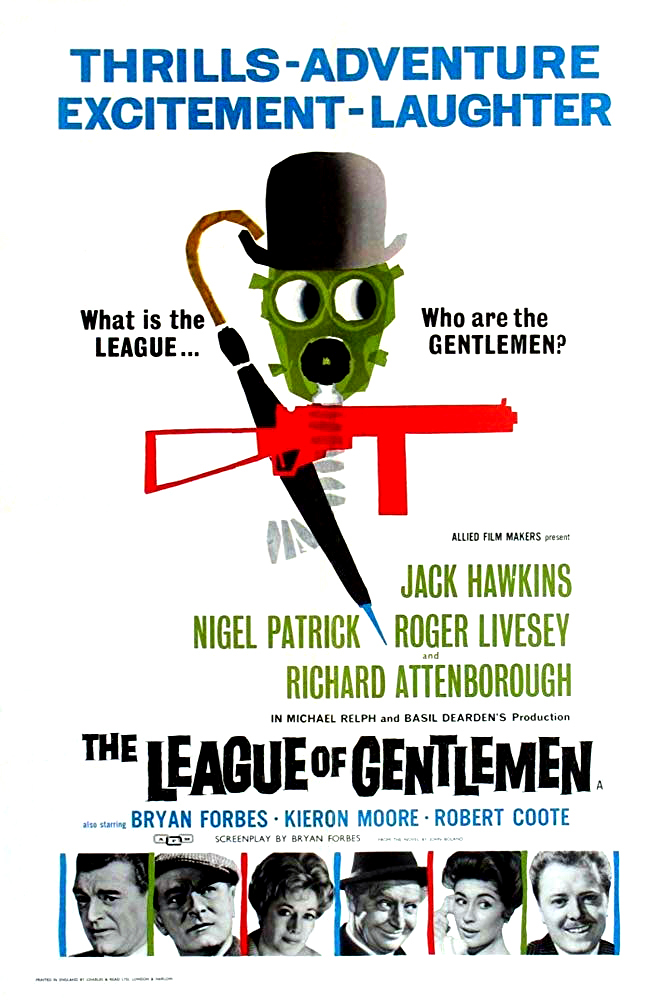