“A realistic B-film liberal melodrama about the discrimination of Mexican-American farm workers in California.”

A realistic B-film liberal melodrama about the discrimination of Mexican-American farm workers in California is directed with passion by Joseph Losey(“Steaming”/”Mr. Klein”/”King and Country”). Writer Daniel Mainwaring tells us of so-called ‘fruit tramps,’ migrants who live on the edge of poverty harvesting California’s various crops. They are hated by the local whites and subjected to physical abuse by intolerant white farmers.

The social conscious drama, set in Santa Marta, California, is well-acted, fast-paced, and well-intentioned. The film works as a good example of a Hollywood film exploring real issues like racial intolerance and racial violence. It’s most exciting scenes are of mob violence and a manhunt. The film helped get Losey blacklisted as a Communist for exposing prejudice in American society.

Macdonald Carey plays the crusading editor of a small-town California newspaper who takes up the fight for justice for the minority victims, along with a reporter (Gail Russell) from the Spanish weekly newspaper La Luz, after a traffic incident grows out-of-control between whites and Mexican-Americans. Lalo Rios is fine as the Mexican-American fruit worker, who is the middle of the jam. 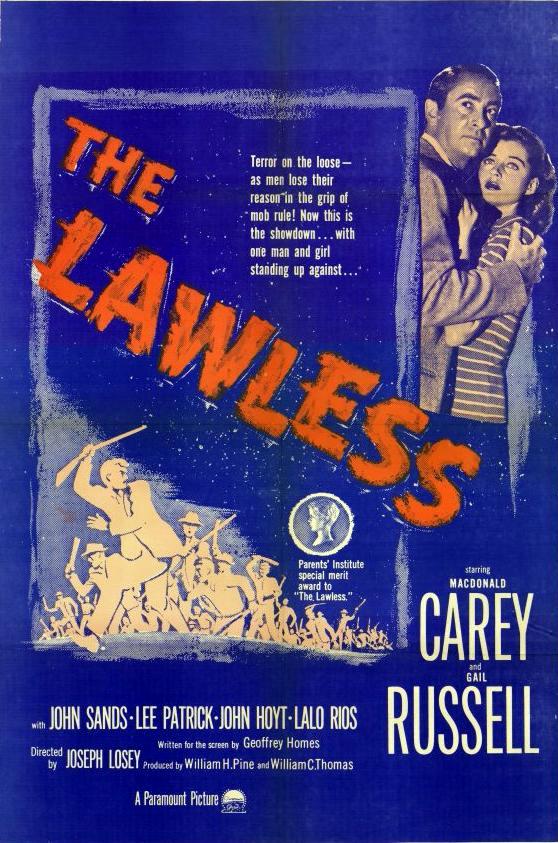