LAUGH AND GET RICH

Gregory La Cava (“My Man Godfrey”/”Stage Door”/”Primrose Path“) is writer-director of this amiable Depression-era domestic comedy, based on the story by Douglas MacLean. Any pic that has character actress Edna May Oliver in a leading role will most likely get my approval, no matter what.

No-nonsense snobbish family matriarch Sarah Austin (Edna May Oliver) struggles to get by running a boardinghouse in Holyoke, Massachusetts, while keeping an eye on her unreliable unemployed idler husband Joe (Hugh Herbert) and their romance-minded pretty teenage daughter Alice (Dorothy Lee). The stern mom does not approve of daughter dating impoverished dreamer inventor Larry Owens (Russell Gleason), who is too much like her loafer hubby. Mom pushes daughter into the arms of charmer Bill Hepburn (John Harron), not knowing that the man of means is part of an out-of-town robbery ring causing a crime-wave in town.

Foolish Joe steals his long-suffering wife’s hard-earned savings to invest in the fishy ‘get rich quick’ scheme involving wildcat oil wells proposed by one of the boarder’s, Phelps (Robert Emmett Keane). When wifey discovers what hubby did, he gets put in her doghouse. Joe also lets struggling boarder artist Vincentini (George Davis) slide on the rent by pretending to sell his paintings of cows in the pasture and invests the rest of the stolen money in Larry’s whistling tire valve invention, which whistles to warn when air pressure gets low.

Things turn predictable when finally Joe becomes the family breadwinner, the artist sells his paintings for real and Alice goes out again with the boy she loves, which lets the air out of the comedy. But it rides along for most of the pic with enough good will and pleasing comedy antics to be fairly entertaining. 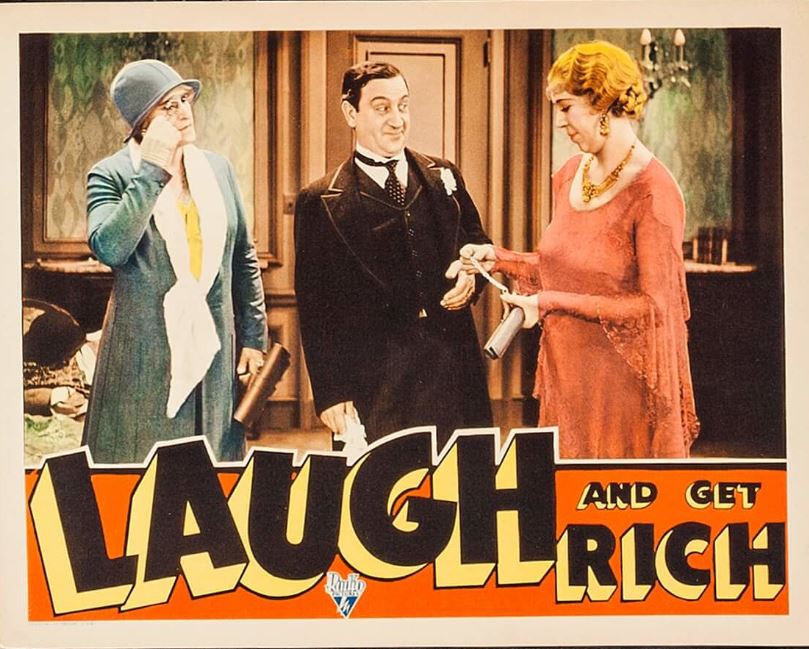