Tony Gatlif’s Latcho Drom, a Romany phrase which means “safe journey,” is a brilliantly unique musical documentary tracing the wandering migratory path of Gypsy musicians in their thousand years of existence in India, Egypt, Turkey, Hungary, Slovakia, France and Spain. It is interesting to note that Gatlif is a Gypsy, born in Algeria. Through song and dance, which includes some of the happiest and most vibrant heartfelt music and dancing, it conveys the persecutions and joys of these neglected people. They are a people who have been made scapegoats throughout history by tyrants such as Hitler and in more modern times by Romania’s Ceausescu. Also, by Christians, who condemned them as pagans through the ages. They have almost been forgotten in the history books when there’s mention of a people who have suffered their fair share of worldly injustices. The filmmaker in a calm and persuasive way lets the story be told almost non-verbally with hardly any dialogue or narration, as he makes a potent political statement about Gypsy persecution.

This rare look at Gypsy folklore is worth checking out, even if you are only interested in the lively music. Gatlif has mentioned that he wanted to create “a tone poem.” He does it through beautifully evocative musical scenes that catch the changing seasons and he also goes away from the upbeat music to have a Gypsy survivor of Auschwitz sing a mournful dirge about that experience. There’s also a wonderful homage paid to the jazz played in Paris by the legendary Gypsy guitarist Django Reinhardt. It is a film so enchanting and well-conceived, that it might even break the hearts of those who hate Gypsies. 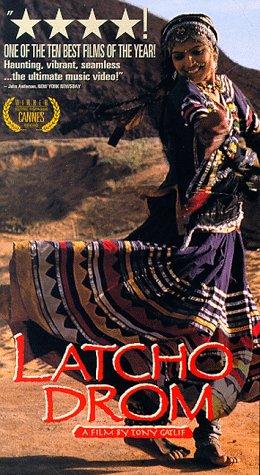