“A slow moving and depressing pic.“

Portuguese director Pedro Costa (“Ossos”/”Colossal Youth”/”Casa De Lava”)presents his second feature in his Fountainhas Trilogy. Costa goes this time for a smaller and less intrusive crew to film inside the Lisbon ghetto (Fountainhas is populated by mostly Cape Verde immigrants) in a documentary style (with unusually long takes) and thereby gets a closer and truer look at his forlorn subjects. He also uses digital video, whereby he produces a series of evocative and haunting images in tinted greens. It’s a slow moving and depressing pic that realistically depicts everyday life for some of the ghetto’s self-destructive and marginalized inhabitants. The non-judgmental, scintillating look at such impoverished lives is hardly entertaining and the three-hour film leads to no great insights, but it takes the captivated viewer places that they probably have never seen before in such raw footage and for that alone it’s maybe worth seeing for those who could tolerate such a tedious work.

Costa uses the thirtysomething cabbage and lettuce peddler Vanda Duarte and her relations with her extended family and neighbors to give the film an intimate feel. The earnest filmmaker captures the ghetto experience through the contacts Vanda makes in her room, as the heroin addict smokes smack and talks shit with her embittered sister Zita. Vanda turns a blind eye to all the poverty, demolition of slum homes, all the run-down and neglected slum buildings in her neighborhood, the injustice in the government’s evictions, the many arrests, the petty thefts, the neighborhood ignorance over care for their property, and the violence in her life. Vanda finds a broken model ship in her street trash, which she mistakenly thinks is a valuable antique but learns is only a piece of junk. Costa uses that as a symbol for Portugal once being a powerful colonial empire, only to now be viewed as a second-rate nation in the EU whose people suffer from an inferiority complex.

Things look so authentically bleak, that it might serve as a record for sociologists to use as resource material. But in this scenario, we don’t see any of these needy souls getting any help from government agencies and they are too impotent to change their lives on their own or even move out of the slum.

The misery is done up aesthetically, as Costa paints a Vermeer-like portrait for the desperate lives filmed in the natural. Though down-and-out, discarded by society and on the wrong path, Costa is still able to humanize them and offer us a sympathetic portrait of their plight. How he does it, makes him a special filmmaker. One of the few modern filmmakers who bothers to get it right with such unpleasant tragic lost souls, that most would rather ignore. 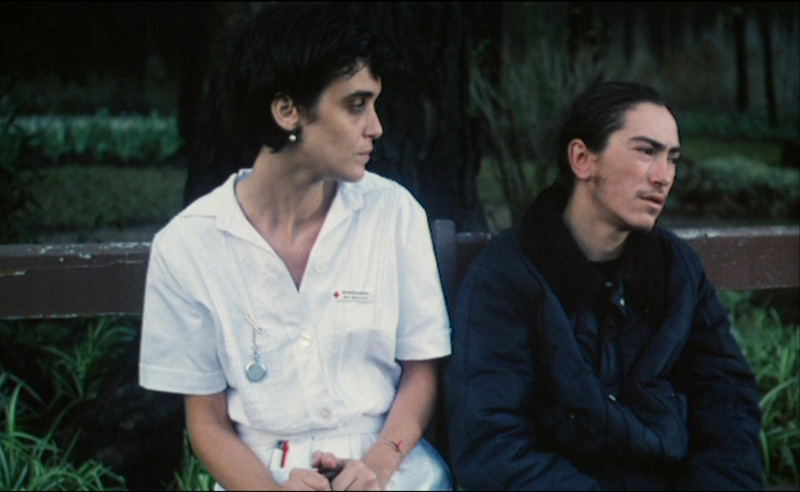